The Abuse of Science. 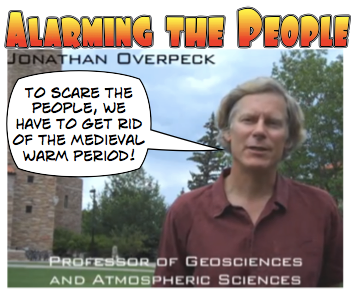 NCTCS blog has often written that the Alarmists have confused everyone (including themselves) by their terminology change from man-made global warming, (via just global warming) to climate change.

Alex Epstein writing for Forbes explains this in more detail:

and he starts by discussing the abuse of science and how science was abused by "some of the most destructive political policies in human history..." And asks how do we protect ourselves from such abuse?

By this standard, today’s vaunted “climate science consensus”—that it’s been scientifically proven that we need to dismantle the fossil fuel industry, the economic engine of the world—is more Scientology than science.

Modern climate science is dominated by the hypothesis that CO2 is the major driver of climate—so much so that increasing it from .03% to .04% of the atmosphere has brought us to the verge of catastrophe.

We know that correlation is not proof, but even correlation has failed to show that man-made Co2 emissions are causing warming.


As my colleague at Center for Industrial Progress, physicist and mathematical modeler Eric Dennis, writes in a forthcoming essay on climate modeling:


the biggest phenomenon in climate modeling over the last 15 years is the spectacular failure of the models to predict what happened over this period: flat global temperatures, no significant warming trend. This was the one test the climate modelers were forced to stick their necks out for, and they have failed it.

Has this deterred the climate scientologists? No.