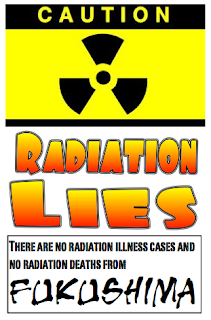 Dr. Jerry M. Cuttler's 50-year career in research into nuclear sciences and engineering of many Canadian and international energy projects includes design and procurement of reactor control, nuclear safety and radiation monitoring systems.  He has provided on-site support to operating stations and continues to supply technical and licensing services.  Since 1995, Dr. Cuttler has been studying the health effects of radiation and drawing international attention to the beneficial effects of low radiation.

Dr Cuttler has written a piece for Heartlander (link)


Fukushima and the Misunderstood Effects of Radiation

Although it is more than two years since a major earthquake and devastating tsunami damaged the Fukushima Daiichi nuclear power plant, Dr Cuttler reveals that there is

still not a single case of radiation illness or death occurred as a result.

But, you ask, weren't there deaths?


Precautionary Deaths Approximately 160,000 people evacuated the area around the Fukushima nuclear power plant shortly after it was damaged by the March 11, 2011 earthquake and tsunami. An evacuation order forced 70,000 people to leave the area, while an additional 90,000 left voluntarily and returned soon afterward. The 70,000 forced evacuees are now just beginning to return to their homes.

So, although there is still not a single case of radiation illness or death, Dr Helen Caldicott stirs up alarm:


“We’re talking about a disaster of unbound proportions” from Fukushima Daiichi — 2.5 to 3 million deaths a possibility (Link)

There is confusion among Politicians and Journalists between Foreign Investment and Foreign Ownership.

For an example, look at this column by the respected Professor Judith Sloan, one of Australia's best-known economists (referring to the debate between then PM Rudd and Aspirant Tony Abbott):

Then, all of a sudden, there was a question on foreign ownership of farmland.

Tony Abbott went first. He trotted out some known facts about the Coalition's policy on foreign investment.

Then came Kevin Rudd. All of a sudden he was pushing all sorts of xenophobic buttons, telling the audience that he was "anxious" about foreign ownership of our farms.

Which is more than this journalist (or is it the Headline Writer?) from the Australian seems to understand:
Kevin Rudd plays anti-foreign investment card

Over at the Fin Review, they also don't seem to realise that there is a difference:

The Question was definitely about foreign ownership. (at 45 minutes in Youtube below)
Julene - Small business owner and mother:

My question to you both of you is, with the sales of land to foreign investments and foreign companies, does either party have any thoughts of stopping those sales and protecting Australia from other countries coming in and buying our land?

Stressing that her question was about foreign ownership, she added:

Why can foreign countries buy our land when we can't buy theirs?

If you can understand the difference and are worried about foreign nations and companies buying our sovereign soil, there is a dedicated website with a petition.

Click here for the petition: WE WON'T SELL OUT

Why Indonesia’s purchase of 2,500,000 Acres of Australian land would be a Sell out!
For more information about foreign ownership in Australia and some great conversation points to raise with mates, download the fact sheet here: The Facts ( 297kb )

The Petition can be found here - http://www.wewontsellout.com.au/petition/