Deception of the AGW Hoax 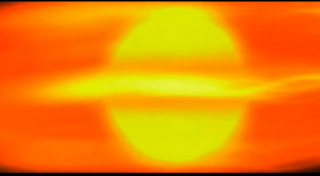 Part of the “Art of Deception” movie examines Al Gore’s An Inconvenient Truth.

The Art of Deception explains the way the media has become a puppet for certain people. For example, Al gore used his documentary 'An Inconvenient Truth', as a puppet to persuade people that climate change is a real problem. The convenience of Gore's investments is where the truth really lies, and not in his movie (Which is banned in UK schools because of its blatant lies and disrespect for science).


Here are some of the comments from the movie:

"If (man-made) Climate Change is a real issue, why do they have to scare people into belief?"  Andrew Walsh – political Scientist. (Or is this a deception?)

Donna Laframboise: “Well, I’m afraid it’s not. I found out that some of the people writing this report are actually graduate students in their twenties. Some of them 10 years away from even getting their PhDs.”

Dr David Deming (to US Senate Inquiry) “Normally in science when you have a novel result that appears to overturn previous work, you have to demonstrate why the earlier work was wrong; but the work was initially accepted uncritically even though it contradicted the work of more than 100 previous studies.”