Climate scientists are wrong and here's why 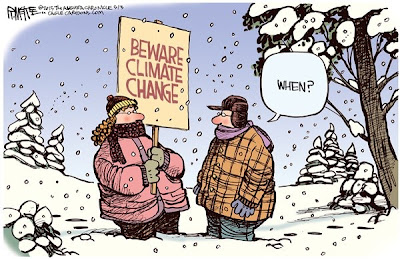 In an excellent opinion piece in the PortlandTribune, Global Warming Realist Larry Logan explains, in a reply to Steve Holgate's piece


Even if climate scientists were wrong, good will come from their point of view

why Climate Scientists are wrong. (link)


Indeed, “climate” scientists are wrong. The last 17 years shows no statistically significant trend in the global temperature. Here in the Pacific Northwest, NOAA records show our winter temperatures have cooled at a rate of 1.2 degrees F per decade during the last 20 winters. Of 75 climate models predicting a hotter future climate, not a single one has been correct to date. (emphasis added)

Sea level rise is slowing, with the rate from 2005 to 2012 below the range from 1954 to 2003. “Nature” reports that drought has “for the most part, become shorter, less frequent and covers a smaller portion of the U. S. over the last century.” (see Roger Pielke Jr)

The U.S. is currently experiencing the longest absence of severe landfall hurricanes in more than a century. The U.S. count of strong to violent tornados (F3+) has decreased from 1954 to 2012. There is no increase in floods in the U.S in frequency or intensity since 1950. We’ve just finished the coldest summer on record at the North Pole and a record high August Antarctic ice extent.

Larry is referring to previous comments by a Steve Holgate. Holgate referred to the "consensus" which is a political, not a scientific argument.


Two Australian scientists were today awarded this year's Nobel prize for physiology and medicine for their "unexpected" discovery that has saved millions of people from the pain of stomach ulcers.

Robin Warren, a pathologist from Perth, and Barry Marshall, a senior research fellow at the University of Western Australia, share the prize for their 1982 discovery of a bacterium, helicobacter pylori, which causes stomach inflammations and ulcers.

Prior to this discovery, it was generally believed that stress and lifestyle were the chief causes of stomach infections. (link)


In referencing the “unanimous judgment of climate scientists,” he unknowingly refers to the infamous Doran survey to which 3,146 scientists responded. Of those, the survey’s authors self-selected only 77 to be included in the final tabulation, with 75 agreeing to the proposition, as would be expected, that indeed there must be at least “some” contribution by mankind to temperature, regardless how trivial. Stunningly, this is the (flawed) survey that created the oft-repeated meme “97 percent of scientists agree.”

In Australia, although the Coalition are promising to reverse the carbon tax, but are retaining some idiotic "Green"policies including supporting renewable energy targets and carbon mitigation.


Well, in Spain, 2.2 private sector jobs are lost for every one created through government-subsidized “green” jobs. In Italy it’s 4.8. Ruinous wind power schemes have increased energy prices in the U.K. by 25 percent and in five years are now projected to be as high as monthly mortgage payments. (Steve defines this as “affordable.”) Elderly pensioners are choosing between heat and food. A wind farm built near your house in the U.K. reduces the selling price 30 percent — if you can sell at all.


At the 2008 Copenhagen Consensus, eight of the world’s most distinguished economists, including five Nobel laureates, ranked climate mitigation — what Steve is proposing — the 30th and last place in a ranking of where to spend our resources. They pointed out that it is less expensive to fund adaptation efforts later, if needed, rather than robbing money from our children’s and grandchildren’s futures now. Further, the billions of dollars diverted every year to fund Kyoto and other schemes would be better used instead to actually eliminate the current, real challenges of disease, sanitation, malnutrition and hunger.

Larry finishes his excellent piece with:


No, we don’t need scientists’ “points of view,” as even the most famous of the lot have been caught adjusting both data and even theory to accommodate politically correct positions and to keep the funding machine going. Global climate alarmism has been damaging to science and costly to society —- and potentially more so.

A little bit of relaxation during your voting pondering. 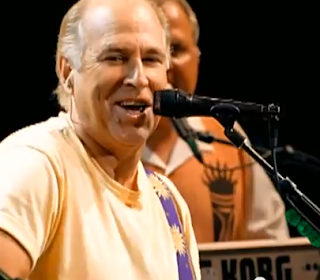 Well, like to explain to you all before,
I ain't no drinkin' man

While he went in to town to vote