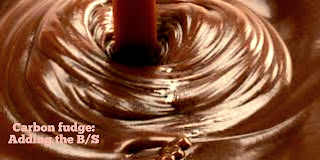 Kevin has "scrapped" the tax on innocent invisible carbon dioxide - or has he?


KEVIN Rudd's so-called scrapping of the carbon tax is little more than an election campaign strategy aimed directly at the hip pockets of people in suburban Australia.

There is no chance this $3.8 billion hit on the budget to finance more over-compensation for households and industry will pass this parliament and is unlikely to stand a chance even if Rudd is re-elected.


Rudd did not terminate the carbon tax yesterday. Indeed, he does not have that power. The tax still exists. It is the law of the land. There is not the slightest suggestion from Rudd PM that he will recall the parliament to legislate his changes. That is because his model is rejected by both the Coalition and the Greens.

As you would expect, the Libs, who also have said that they would "axe the tax" have rubbished Rudd's ridiculuous reversal. (ABC Link)

Tony Abbott: He's not the Terminator, he's the fabricator.
Julie Bishop: This is a con from Australia's political con man.

We must remember that the coalition still supports the propping up of expensive Renewable Energy Targets and have a carbon dioxide mitigation scheme. MALCOLM Turnbull says Tony Abbott's direct action plan could cost taxpayers $18 billion a year by 2050, declaring it's only "fair dinkum" to admit the scheme will be funded by the budget.
Kevin Rudd falsely said five times that the move to a trading scheme would save  $380 “per year”  Mr Bowen corrected him and said it was just a saving for one year - the financial year  starting 1 July 1914. That would depend on the European Carbon dioxide price remaining at its current level of around $6/tonne. The last Federal Budget used a modelled price of $38/tonne.

Earth to Rudd, Bowen and Butler: a 'floating price' means, that the price, well, floats. As I wrote yesterday, the European carbon price could well be that $6 next July. It could also be $12. Indeed it could be $20.

And if it turned out to be $25, we would be right back to where we were going to be with your predecessor's carbon tax. The trumpeted $380 benefit to Australian households would have evaporated.

Europe is working to force up the price of colourless carbon dioxide: (Link - Business Green)