Whose heads are in the Sand? 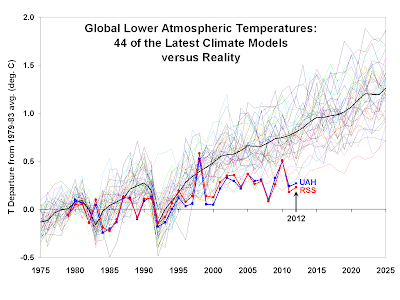 The Australian Newspaper has had a long-running  to-and-fro between Alarmists and Realists.

Des Moore has detailed some on his post at the Institute of Private Enterprise. (link)

Letter by Chris Roylance published in The Australian, 28 February 2012


How ironic that Des Moore (Letters 28/2) calls for an “independent review of the science” on climate change on the same day that evidence showing the devastation it is causing in the Himalayas is reported (“ Everest holds more peril as snows vanish”, 28/2).

If he doesn’t understand the overwhelming consensus among climate scientists by now (based on incontrovertible empirical evidence rather than the unsubstantiated opinions of 16 rogue scientists) what would a review confirming the same achieve?

Perhaps it is time for Mr Moore to look to the real world for what is undoubtedly happening.


You may have observed that, following the publication of my letter on 28 February by The Australian (see below), a Chris Roylance had a letter published the next day suggesting that I had mistakenly relied on “rogue” scientists when disputing the IPCC’s dangerous warming threat. These 16 scientists, who include Australian Bill Kininmonth and other highly qualified experts, have recently published analyses that cast serious doubt on the data and analyses used by the IPCC (and of course accepted by many governments including our own).  (For the 16 scientists - see Consensus? What Consensus?)

On 3 July, 2013 Maurice Newman had an opinion piece printed in the Australian (link)


Despite this, the voices of alarm and authority have been unable to hide the reality that, statistically, there has been no increase in global temperatures since 1997, despite an 8.3 percent rise in atmospheric CO2. For those who want to cite warming in some records, all datasets agree there has been none since 2000. In fact since 2002 a slight cooling has been observed. Who knew? Well, not the warmist scientists.

Indeed, the ABC reported: "A study forecasts that global warming will set in with a vengeance after 2009, with at least half of the following five years expected to be hotter than 1998, which was the warmest year on record." Wrong. Even recent claims of an "angry" Australian summer were not validated by satellite data.

Roy Spencer, from the University of Alabama, compared 73 warming predictions to actual data across 34 years. Ending in 2012, he found an extraordinary discrepancy between what the models predicted and the actual observations of satellites and balloons. The predictions were all strongly biased to the upside. As he commented, "I frankly don't see how the IPCC can keep claiming that the models 'are not inconsistent with the observations'. Any sane person can see otherwise." (See graph at top of page.)

Roylance countered with a letter published on 5 July 2013:

HAVING recently returned from overseas where the effects of climate change means global warming deniers are regarded as the village idiots of society, it is amusing to see that Maurice Newman can still get published with his ridiculous statement about "dire warnings of extreme weather events without evidence" ("Climate change science has become an expensive smokescreen", 3/7).

I guess it must be difficult to see the floods and heatwaves when one's head is so deeply buried in the sand.

Newman states without any proof that "all data sets agree ... there has been no warming since 2000", yet NASA unequivocally disagrees and provides empirical evidence to support its case.

The only thing Newman manages to get right is that "the laws of economics will prevail", which is why practically every nation on the planet is moving away from the fossil fuels that are causing damage to our environment and costing lives. (Bold added)

How can Roylance can say "without any proof" when Newman quotes Roy Spencer as his source.

Does Roylance have his head in the sand?

A Google search "roy spencer models vs actual" brings up THIS LINK.  Roy Spencer's piece is headed "Epic Fail." He could have been referring to Roylance!

Maurice Newman replied to Roylance (Link) including these quotes from respected scientists:


Georgia Institute of Technology's Judith Curry says: "Attention in the public debate seems to be moving away from a 15-17 year pause, to the cooling since 2002."

Henrik Kirchhof, from the German environment department said recently: "In the years leading up to the year 2000, the temperature curve rose very sharply. Since then it isn't rising so, in fact, it's not rising at all."

The head of the IPCC, (a body set up solely to find Carbon Dioxide guilty of the crime of runaway warming) Rajendra Pachauri should be added to the  quotes: (link)


THE UN's climate change chief, Rajendra Pachauri, has acknowledged a 17-year pause in global temperature rises, confirmed recently by Britain's Met Office, but said it would need to last "30 to 40 years at least" to break the long-term global warming trend.

John Rodda, a member of NCTCS, has also rebutted the alarmists:

So the greenies and lefties are still pushing their man-made global warming fantasy (The Australian, 6-7 July), despite the fact that there has been no global warming for almost 20 years, even though carbon dioxide levels have increased by about 8%.  It is noteworthy that they quote politicians to support their case, as though these politicians were experts on the climate.  They’re not.  Indeed there is only one expert on the climate – its called real-world evidence.  It says quite unequivocally that increasing carbon dioxide in the atmosphere has no measurable effect on the climate.  This is hardly surprising given that carbon dioxide is only one of many factors, and a very minor one, involved in distributing and redistributing the heat received from the sun.          Psychologists are quite familiar with the phenomenon whereby large masses of a population believe something for which there is no evidence – they call it “the bandwagon effect”.  This particular case has been called “the climate change derangement syndrome”.

Perhaps Mr Roylance needs to take his head out of the sand!