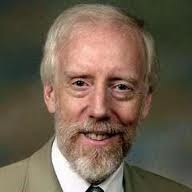 The President's address was politically brilliant but riddled with science misrepresentations.

The article by Dr. Tim Ball and Tom Harris that Mr. Lilley references in the interview may be viewed at http://pjmedia.com/blog/blowing-smoke... .

Letter to the Editor 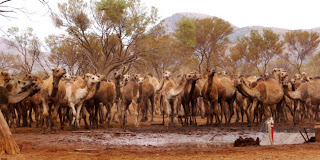 The carbon farming caper is supported by all political parties. Under it, landowners can sell “carbon credits” if they can prove that they have reduced carbon dioxide by capturing it as humus in soil, or by planting forests, or by allowing re-growth of woody weeds, or by reducing feral animal emissions (shooting camels) or even by promising solemnly to NOT clear specified parcels of forest.

NONE of these processes are sustainable in the long run.

There is a limit to the amount of humus or trees that can be based on one hectare of top-soil.

And once all feral animals have been shot there are no more carbon credits to be earned there (unless the landowner is also breeding them secretly in the back paddock).

And even in the corrupt carbon market for hot air, only one payment can be legally claimed for promising to NOT clear a parcel of land (and one bushfire will reverse all that in one afternoon).

The whole concept is unsustainable, it encourages corruption, and most of the benefits will go to the big B’s - Bureaucracies, Bankers and Brokers.

African farmers are saying “No” to land-grabbing carbon credit speculators.

Australia should do the same.

Editor's note: Mr Forbes says: "The carbon farming caper is supported by all political parties."
This is not true. The NO CARBON TAX Climate Sceptics Party is against any impost on the Australian taxpayer brought about by the falsified man-made global warming hypothesis.
Posted by Geoff on July 03, 2013 No comments: 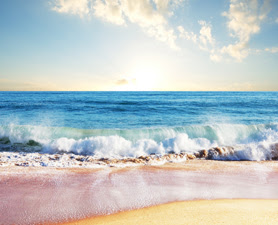 A peer-reviewed paper published in the journal Journal of Geodesy 87 has noted that, although the air's CO2 concentration has risen by close to a third, it has not impacted the rate-of-rise of global sea level!.


Background
The authors write that "present-day continental mass variation as observed by space gravimetry reveals secular mass decline and accumulation," and that "whereas the former contributes to sea-level rise, the latter results in sea-level fall." Therefore, they state that "consideration of mass accumulation (rather than focusing solely on mass loss) is important for reliable overall estimates of sea-level change."

Bauer et al used the data from Gravity Recovery And Climate Experiment - the GRACE satellite mission to assess continental mass variations on a global scale, including both land-ice and land-water contributions over a nine year period. Read more

What it means
The final geocenter-corrected result of Baur et al. is most heartening, as Chambers et al. (2012) indicate that "sea level has been rising on average by 1.7 mm/year over the last 110 years," as is also suggested by the analyses of Church and White (2006) and Holgate (2007). Concomitantly, the air's CO2 concentration has risen by close to a third. And, still, it has not impacted the rate-of-rise of global sea level!