The Bread and Butter of Life 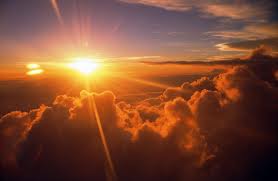 Common sense on carbon, food, energy and climate.
Please pass on to media, politicians and the public.
www.carbon-sense.com

The Global Warming Gas,
or
The Bread and Butter of Life?

To view in your browser, or if images are missing from this email,
a pdf print-ready copy of this newsletter with all illustrations in place can be downloaded from:
http://carbon-sense.com/wp-content/uploads/2013/06/gas-of-global-warming.pdf

We are told, incessantly, that carbon dioxide is the main cause of global warming – it is not.

The primary source of surface heat is radiant energy from the sun. Minor heat comes from geothermal energy from volcanoes and hot rocks. Trivial quantities of local heat are brought to Earth’s surface by humans using stoves, cars, boilers, engines and factories powered by mined fuels such as coal, oil, gas and uranium. Even using “green” energy such as ethanol, wind or wood has a tiny temperature effect by transferring solar energy from farms and forests, to be released eventually as waste heat in cities.

Solar energy is more concentrated in equatorial areas and is moved pole-wards by the circulation of air (99.9% nitrogen, oxygen and argon), and by water and water vapour via evaporation, condensation and ocean currents. These processes are all driven by conduction, convection, latent heat and Earth’s rotation, not carbon dioxide. They are the major forces creating weather. Variations in solar cycles and cloud cover control longer term climate change.

Carbon dioxide plays almost no part in any of these dominant weather processes. Moreover, it does not burn, nor is it radioactive – it cannot produce heat.

The so called greenhouse gases (mainly water vapour and carbon dioxide) have the ability to absorb radiant energy and transmit it to their surroundings. These gases tend to retain some surface heat but also assist the Earth to shed heat from the upper troposphere by radiating energy to space. Without this ability to shed heat to space, the upper atmosphere would be considerably hotter.

However, carbon dioxide occurs in tiny trace amounts in the atmosphere, and any surface heating it could do is already being done by water vapour, which is more abundant and affects far more energy wavelengths. Also, the greenhouse effect of carbon dioxide is almost exhausted after the first hundred parts per million – adding more has very little effect on Earth’s surface temperature.

The net atmospheric effect of additional carbon dioxide is thus very minor and difficult to quantify.  It probably makes the nights slightly warmer, especially in higher latitudes during winter; and it probably has little effect on daytime temperatures.

But additional carbon dioxide in the biosphere gives a major boost to all plants which feed all animals. It is not a pollutant, anywhere.

Carbon dioxide is not the gas of global warming – it is the bread and butter of life.

Already the climatists are spinning a carbon scare story out of the Oklahoma tornado. US Senator Barbara Boxer said in a speech on global warming, just one day after the Moore tornado: “You’re going to have tornadoes and all the rest.  . . . Carbon could cost us the planet.”

There is nothing unusual about tornadoes in Tornado Alley on the Prairies, hurricanes in the Caribbean, or cyclones down Cyclone Alley in the Coral Sea – all have been creating extreme weather events long before Europeans arrived in these areas and long before the surge of industrial growth in the 1950’s.

Despite the intensity of the news reports, the severity of US tornadoes is not increasing – there have been many US tornadoes with greater severity and more fatalities than the Moore tornado. One in 1935 resulted in 695 deaths in Missouri, Illinois and Indiana.  What is increasing is the population density in the threatened areas and the demand by some media outlets for a man-made climate scare every week.

USA and Australia will continue to suffer intense tornadoes, hurricanes and cyclones but carbon dioxide is blameless.

Instead of wasting billions on the mega-myth that man controls the climate, both countries should spend that money on building infrastructure that better withstands natural disasters.

Successful species are those that learned to cope with natural disasters.

In the days of Queen Victoria they said, truthfully “the sun never sets on the British Empire”.

But it does set on Australia, every single day. Even the green power engineers in Parliament must have noticed that the sun also sets on all those solar panels that their mandates and subsidies have plastered onto Australian roofs.

Solar energy is most intense on the equator but weakens towards the poles. It disappears when the sun sets or cloud obscures the sun. For just six hours or so per day during summer, in a clear tropical desert area, solar energy is reasonably reliable and collectible, although always very dilute. But at times of peak demand, about 6.30pm in winter, solar panels contribute nothing to electricity supply.

Billions have been spent on researching ways to store massive amounts of solar energy needed to cover the eighteen hours per day of low or zero solar supply.

Many things will work in the lab, even a big bank of car batteries. But once real engineers take over from green dreamers and academics, most of their fanciful energy storage schemes become horrendously expensive or impractical. (A linked hydro scheme would work, but no one would be allowed to build it in case it disturbed a green frog.)

But nature has provided us with the answer and some decade soon an academic will re-discover that the solar energy of yesteryear is stored in concentrated form in prodigious quantities as COAL.

So abundant, reliable and cheap is this stored sunshine, that even green Europe is rediscovering it. Seventeen coal-fired power stations are being built or modernised in Germany, the solar panel capital of the world. China, the world’s biggest exporter of solar panels, is building 363 coal-fired plants for itself.

Green energy policies have destroyed the reliability and economics of power in Europe for zero benefits for the climate or the environment.  Every country that forces consumers to use and subsidise renewable energy is suffering soaring electricity prices, increased risks of grid instability and blackouts, and widespread loss of real industry and real jobs. Australia should have learned from Europe’s solar subsidy stupidity. Subsidised solar panels may be good for harvesting votes, but they are not sensible for generating grid power. Only proper power stations will keep the lights on 24/7.

Those who wish to use solar panels should be free to do so providing they accept all the costs and benefits of their decision. We must end all subsidies, tax breaks, price subsidies and guaranteed markets for solar power.

For those wanting to see more evidence of the failure of solar power:

The Great Green U-Turn in the EU:
http://www.dailymail.co.uk/news/article-2331077/Revealed-The-EUs-great-green-U-turn-policy-sending-energy-bills-soaring-continent.html

The Green Kiss of Death

In Britain, Conservatives agreed to form a Coalition with the minority green party in order to gain government. The Green-Conservative Coalition is now very unpopular.

In Australia, the ALP agreed to form a Coalition with the minority green party in order to gain government. The Green-ALP Coalition is now very unpopular.

Is there a pattern here?