Considering how important and ubiquitous energy is for virtually all of life’s activities, it should come as no surprise that energy policy often dominates the agendas in legislative chambers in each of the fifty states and on Capitol Hill.  Historically, most of the energy debate in many of these legislative bodies has centered almost exclusively on ensuring that citizens have ready access to affordable and reliable energy.

Unfortunately, over the past several years, the energy debate has shifted.  Instead of worrying about the cost and dependability of energy, many legislators are now focusing on ways in which certain politically preferred energy sources—most commonly wind and solar—can be deployed in favor of more conventional sources.

In Australia. we have the Greens pushing their policy of 100% renewable energy: (link pdf)


The Greens’ Safe Climate (Renewable Energy Infrastructure) Bill is a vital step in planning the transition to 100% renewable energy in Australia, giving Infrastructure Australia several new planning tasks that will be essential in making that transition as rapidly and efficiently as possible.

However, as Graham Lloyd recently wrote for the Australia: (link)


Economic reality a wake-up call for the green dreamers

But where Australia is pushing higher costs on to consumers and business, governments elsewhere are starting to baulk at the voter backlash and the high price of going green. (emphasis added)

And what are governments elsewhere doing? Back to Todd Wynn and John Eick: (link)


As increased government debt continues to wreak havoc in Europe and elsewhere, the world is starting to cut back on taxpayer support for green energy sources that tend to be less efficient, less reliable, and more expensive.  In fact, during the first three months of 2013, green energy investment declined by 22 percent to its lowest level in four years.
Here is a quick snapshot of recent government action in Europe:

Bulgaria: Protests against high electricity bills and overloads on the electric grid from unreliable energy sources have led the Bulgarian Energy Minister to consider suspending as much as 40 percent of wind and solar power capacity to stem oversupply and stabilize electricity generation.

Czech Republic: In 2010, the Czech government cut subsidies to solar in half and provided limits or caps on other renewable energy subsidy schemes. This action was pushed because of the fear of a steep rise in electricity prices and future power grid instability.

Germany: In early 2013, the German government started a conversation about reducing subsidies to renewables in order to limit rising electricity costs for consumers. Philipp Rösler, Germany’s Minister of Economics and Technology, has called the country’s solar subsidies a “threat to the economy.”

Greece: Due to the ongoing debt crisis, the Greek Ministry of Environment, Energy and Climate Change announced that feed-in tariff rates would be reduced by 40 percent for solar projects across the country.

Italy: The Italian government has moved to reduce renewable energy subsidies. Industry Minister Corrado Passsera recently said “Italy has important goals to meet and even surpass…we need to do so without over-reliance on taxpayer resources.”

Poland:  Poland’s Deputy Economy Minister recently reported that the country has plans to cut renewable energy subsidies after an economic slump ballooned the budget deficit. Poland estimates that the cost of government support for renewables will rise to 10.8 billion zloty ($3.4 billion) in 2020 from 5.5 billion zloty in 2014. Anna Czajkowska, a London-based policy analyst for Bloomberg New Energy Finance, said “Poland should definitively learn the lessons from Spain or the Czech Republic examples, where support for large solar farms resulted in serious problems.”

Romania: The Romanian Minister-Delegate for Energy announced plans to scale back renewable power subsidies to limit electricity price increases for consumers by changing its incentive program as early as July 2013.  “We think the renewable energy producers should operate in a free market, with no state incentives,” said Marian Nastase, Chairman of Alro SA, a Romanian aluminum producer that is urging the government to cut incentives for renewable energy after its power costs surged.

Spain: Spain’s government halted subsidies for renewable energy projects to help curb its budget deficit and rein in power-system borrowings backed by the state that reached 24 billion euros ($31 billion) at the end of 2011. The government passed a decree stopping subsidies for new wind, solar, co-generation or waste incineration plants. Industry Minister Jose Manuel Soria said, “What is today an energy problem could become a financial problem.”

UK: The UK government cut the subsidy for onshore wind energy generation by 10% despite the Treasury’s favored plan of a larger cut of up to 25%.

Federal and state government officials in the U.S. would be well served to recognize the potential ramifications of overreliance on taxpayer support of green energy.  It is time to finally restore sanity to the energy debate and reject budget busting, unreliable policies, lest we follow Europe’s path.


To echo Todd and John,  Australian Federal and state government officials would be well served to recognise the potential ramifications of overreliance on taxpayer support of green energy. 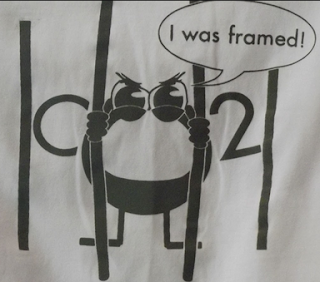 The Game is up!

In the peer-reviewed journal "International Journal of Modern Physics B" (link) Q.-B. LU from the Department of Physics and Astronomy and Departments of Biology and Chemistry, University of Waterloo, Waterloo, Ontario, Canada has detailed a research paper

“Conventional thinking says that the emission of human-made non-CFC gases such as carbon dioxide has mainly contributed to global warming. But we have observed data going back to the Industrial Revolution that convincingly shows that conventional understanding is wrong,” said Qing-Bin Lu. (link)

Lu notes that data from 1850 to 1970 show carbon emissions increasing due to the Industrial Revolution. However, global temperatures stayed constant.