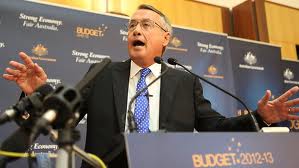 The Carbon Sense Coalition today called on the federal government to reduce the burden of the Climate Industry on all taxpayers and consumers.

The Chairman of Carbon Sense, Mr Viv Forbes, said that the biggest national scandal today was how the whole government apparatus, including the nationalised research and media industries and parts of the opposition, was totally captive to a religious belief that a destructive war on carbon energy will somehow provide benefits to some future generation of Australians by cooling the climate and preventing extreme weather events.

“This is a delusion.”

It was the great Milton Friedman who said “There is only one tax on the people and that is government spending”.

And the first candidate for spending cuts must be the totally useless Climate Change Industry.

Every department, program, research grant, travel grant or salary with climate, warming, carbon, sustainability, renewable, sequestration, clean coal, ethanol or IPCC in its title or mission statement should be abolished forthwith together with its staffing. This list must include but not be restricted to:

The Australian Renewable Energy Agency (Arena) and its dependants, saving about $3.2 billion.

“Contracts for Closure” - payments to ensure closure of some electricity generators (unbelievable - surely the carbon tax will do this).

The Coal Sector Jobs Package - payments to coal mines to offset the cost of the carbon tax- just abolish the tax.

Coal Sector Assistance Package - Subsidies to some Coal Mines (another stupidity - repaying some of the carbon tax they took in the first place).

Everything funded under the Clean Energy Future Plan.

The Ethanol Production Grants Program – a subsidy per litre of ethanol produced.

The offices of the Climate Commissioner and the Clean Energy Regulator – whatever they cost is wasted money.

Support for all the International Climate Forums and Conferences via APEC, CEM, G20, IEA, IEF, IPEEC, IRENA, IPCC and all the travel costs associated with attendance.

All handouts under the Green Precincts Fund - $15M spent to date.

To “balance” all of these reduced expenditures the government must also abolish the carbon tax and all fuel taxes not related directly to public road usage and applied to road construction and maintenance.

Note: The above list probably includes errors, double counting and omissions, but such is the confusion and proliferation of the alphabet soup of what poses as “Climate Policy” that it is doubtful if anyone could prepare an accurate and comprehensive list. The only feasible solution is to start cutting, biggest first. None of them will be missed, except with relief by taxpayers and consumers.

Viv Forbes,
Chairman, The Carbon Sense Coalition
Posted by Geoff on May 14, 2013 2 comments: 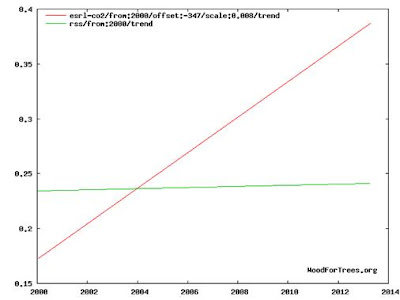