Kessler reveals the truth about Al Gore: An Egotistical Ass! 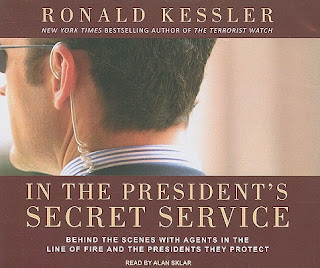 In a book by distinguished reporter and author Ronald Kessler titled "In the President's Secret Service" we learn of behind the scenes events in the protection of the Presidents.

The book was described by USA Today as a "fascinating exposé ... high-energy read ... amusing, saucy, often disturbing anecdotes about the VIPs the Secret Service has protected and still protects .

We learn of moral men and philanderers; highly decent men and complete phonies like the father of the Global Financial Crisis Jimmy Carter.

The bit that grabbed my attention was Kessler's description of the 45th Vice President Albert Arnold Gore.

*  An egotistical ass, who was once overheard by his Secret Service detail  lecturing his only son that he needed to do better in school or he “would  end up like these guys” — pointing to the agents.* 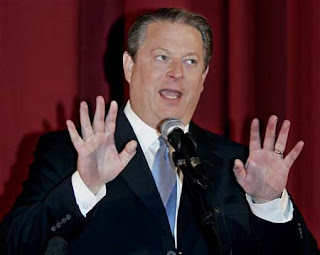 Another amusing anecdote was the bottled water episode:

As part of his health kick, Gore arranged to have bottled water delivery and a refrigerated dispenser at the Vice Presidential residence. As part of routine security precautions, the Secret Service would test the water at the vice president's residence. "They've got this phenomenal water purification system in both the White House and the vice president's residence," says a former agent. "We would test the water once a month, samples from all the sinks and taps." But the bottled water was not being tested. So the Secret Service sent samples of the water to the Environmental Protection Agency for testing. Two days later, EPA called; a shocked technician said the water at the vice president's residence was laced with bacteria. "He said the EPA had to expand its graph to be able to count the number of bacteria," an agent recalls. "The water could cause headaches, diarrhea, and stomachaches." As a result of the test findings, the EPA confiscated huge batches of water from the bottled water company.  (link)