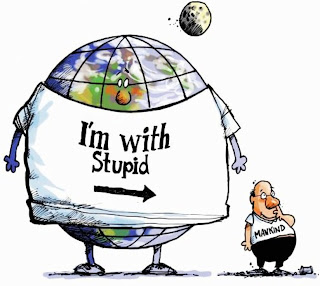 The following media release may be found on line at http://tinyurl.com/c8dwpvm.


Harris warned, “As the hypothesis that humanity’s carbon dioxide (CO2) emissions are causing dangerous global warming falls into disrepute, all those associated with the climate alarm will also lose credibility.”


“All sensible people are environmentalists. We all want clean air, land and water and to protect species at risk to the degree possible considering the many other important demands on society.”

“But controlling global climate through restricting emissions is unscientific nonsense,” Ball continued. “The greenhouse gas most under attack by climate campaigners, CO2, is a benefit to the environment, its rise resulting in more crop yield and a densification of forests.”


“The global temperature statistic has not risen since 1997 despite an increase in emissions of 8%. This nullifies the main argument presented by climate campaigners.”

“Climate changes all the time, and it is important that civil hazard organisations are prepared for its extremes,” said Carter. “But as demonstrated by the Nongovernmental International Panel on Climate Change, of which I am a contributing author, there are thousands of scientists and peer-reviewed science papers that refute the hypothesis that human emissions of CO2 are causing dangerous warming.”


“Yet hundreds of billions of dollars are being spent subsidizing wind, solar and wave power in an effort to reduce CO2 emissions. None of these new renewable energy technologies can provide electricity when needed during times of peak demand. All of them are at the mercy of the wind, sun, tides and waves. In addition, the capacity factor—the ratio of the average output to the maximum output—varies between 10% and seldom exceeds 40%.

So, for instance, 1000 Megawatt (MW) coal or nuclear power stations each generate the same amount of energy as several thousand MW of renewable energy. Regardless, independent research shows that they do little to reduce emissions of CO2, a gas that promotes plant growth and, as we now know, has no measurable effect on the climate.”

“Coal, natural gas, hydro and nuclear power can provide a reliable supply of all the electricity we need for the foreseeable future, and at a low cost,” said Leyland. “Expensive and intermittent renewable energy technologies can never play more than a bit part in electricity generation.”

Ball provides a sample of how climate alarmism has resulted in the misappropriation of funds worldwide: “Canadian Environment Minister Peter Kent said last month that ‘Canada has invested more than $10 billion since 2006 to reduce greenhouse gases, to improve energy efficiency, to develop green infrastructure.’ But, overall energy efficiency has actually declined as politicians like Kent have forced so-called “green” alternate energy sources on society to appease climate campaigners. Had the $10 billion been spent on reducing pollution and improving and expanding existing energy sources such as coal-fired electricity generation, both the economy and the environment would be in far better shape.”

Harris concludes, “It is crucially important that practical environmentalists dissociate the movement from ideologically-driven climate activists. Otherwise, society will throw Earth Day, and indeed the whole environmental movement, into the dustbin of history.”

___________________________________________________________________
The ICSC is a non-partisan group of scientists, economists and energy and policy experts who are working to promote better understanding of climate science and related policy worldwide. We aim to help create an environment in which a more rational, open discussion about climate issues emerges, thereby moving the debate away from implementation of costly and ineffectual “climate control” measures. Instead, ICSC encourages effective planning for, and adaptation to, inevitable natural climate variability, and continuing scientific research into the causes and impacts of climate change.

ICSC also focuses on publicizing the repercussions of misguided plans to “solve the climate crisis”. This includes, but is not limited to, “carbon” sequestration as well as the dangerous impacts of attempts to replace conventional energy supplies with wind turbines, solar power, most biofuels and other ineffective and expensive energy sources.

As the man-made Global Warming hypothesis gets exposed as a hoax, the Alarmists desperately seek new versions of their alarmist credo.

The latest is the Global Warming (hey! No AGW for 17-23 years) will cause turbulence for your airline flights.

The latest is the (man-made) Global Warming (hey! No AGW for 17-23 years) will cause turbulence for your flights.

Can it be so? The report from study co-author Paul Williams of the University of Reading's National Centre for Atmospheric Science in southeastern England, says: (link)


The study was from Paul Williams  of the University of Reading's National Centre for Atmospheric Science in southeastern England.

"Our research suggests that we'll be seeing the 'fasten seatbelts' sign turned on more often in the decades ahead."

Why not produce data BEFORE publishing a report!

Some comments to this story HERE.

This man and his co-authors are coming to raid your piggy bank through bogus applications for grants. ASK FOR ANY HARD REAL WORLD EVIDENCE. I’ll warrant that there is none. Computer modelling is NOT hard evidence.  Williams and his like demean real evidence-based scientific research.

Robin Mark | 22/04/2013 13:22 8
news just in on this incredible topic....... garbage collectors are demanding higher wages as the change in climate is making the rubbish decay quicker (more quickly?) and is smelly.

Sceptic Alan Barron recently wrote to the local press attacking the claims of anthropogenic global warming. Dr Ray Black of the Geelong Institute responded, attacking Alan's ideas and challenged Alan to a debate. Alan accepted and the debate is set for

Some recent thoughts from Alan

All noise and wind, signifying not a lot

Victorian Premier Denis Napthine has lauded the opening of a $1 billion wind turbine farm near Macarthur in Victoria’s south-west.My question to the Premier is: why are you wasting taxpayers’ money on wind farms? No doubt he wants to be trendy and placate the carping hordes of environmentalists ensconced in Spring Street.Dr Napthine, these are the facts. Wind turbines will generate on average 30 per cent of their rated capacity over any given year.In England, research on wind farms has found that for a 26-month period between November 2008 and December 2010, there were 124 separate occasions when total generation from wind farms metered by the English national grid was less than 20MW.This is staggering when one considers the average capacity over the above period was in excess of 1600MW.For the same money, Hazelwood could have been made almost pollution free with modern technology. The urban myth that carbon emissions pose a threat to the environment needs to be tested.A royal commission into climate change must be quickly established to test the veracity that CO2 is a pollutant. Squandering billions on so-called renewable energy projects will not achieve any long-term benefit for this state.


AS 2013 looms, a person cannot but wonder about the priorities of affluent humanity.

It is disturbing that the world, in 2011, spent $1.63 trillion on the military.  This was an increase of 50 per cent on the spending in 2001.There are 905 million undernourished people in the world today. The amount of money needed to feed them is $14 billion. Yet in America alone the amount spent on weight-loss programs is $74 billion.   Just $2.1 billion is spent on food aid.
Now nations are spending billions trying to second-guess nature on climate change.   The world spent $302 billion on fossil fuels to produce 97 per cent of the world’s energy needs. However, it spent a staggering $257 billion on ‘‘green energy’’ which supplied a paltry 3 per cent of energy supplied.
It’s not a question of money.  It comes down to priorities. In 2013 humanity should concentrate its attention on the real problems facing real people right now and shift the focus from self-interest to the needy of the world.

As is usual, when it comes to a debate the Alarmists go missing.

Hi Everyone,
Sorry to report that Dr Black has decided not to proceed with the debate tomorrow night (Wed).
Regards
Alan