Dr Ileana Johnson Paugh was born in Romania. In her book Echoes of Communism she describes the 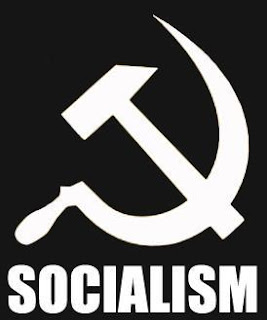 universe of a child and a young woman growing up under communism and the pained, tumultuous transition of a young adult to life in a free, capitalist American society.


My march to freedom began on Friday the 13th early in the morning in my parent's concrete slab, government issued apartment, cracked and decaying from lack of maintenance and the 1977 earthquake that had destroyed hundreds of buildings.
I had packed my modest suitcase the week before with my spare pair of shoes, my one dress,  favourite books and my freshly issued Romanian passport.

Many people would have killed to possess it and the blue stamped visa from the American embassy.
I had no money in my pocket; I was going to the land of plenty, who needs money there? We had this vision that money grows on trees in America and all you have to do is reach out and pluck it.

As a freelance writer, Dr Paugh has written a piece for the Canadian Free Press titled

She describes her life as a child in Romania including her old apartment building:

My former home, a tiny match box sized apartment on the fifth floor, still painted the same dirty sea foam green, was oozing decay and pollution stains. Nothing has changed since 1977 when an earthquake damaged many buildings but somehow left ours with cracks and a bathroom window dangling chunks of concrete from the reinforced steel bars, like a loose tooth.

and the terrible life under a socialist communist regime.

I will never forget the misery and torture the dictator Ceausescu had subjected my people to during his reign of socialist/communist terror.

Then she issues the frightening warning to people of the West.

In the US, POTUS Barack Obama is a Fabian Socialist. Jerry Bowyer, writing for Forbes:


Barack Obama is a Fabian socialist. I should know; I was raised by one.

Fabians believed in gradual nationalization of the economy through manipulation of the democratic process. Breaking away from the violent revolutionary socialists of their day, they thought that the only real way to effect "fundamental change" and "social justice" was through a mass movement of the working classes presided over by intellectual and cultural elites.

Australia should take heed of this warning. Our Prime Minister Julia Gillard is a member of the Australian Fabians (Link).

She was also an executive of the Socialist Forum almost until being elected to parliament. She gave misleading answers to Lateline Host Tony Jones when she was the deputy opposition leader. (LINK)


"I did clerical and administrative work, Tony. This is so long ago. It's the days before modern computers and the internet, in the days where if you wanted to put out a meeting notice to people you wouldn't send an email, you'd get out an envelope and put it in your IBM electric typewriter and type up the address and then get the next one."

It wasn't that long ago AND she was much more than a clerical assistant.


She was not simply typing addresses on envelopes, a response that degrades her serious contribution as officially noted in publisher credits as a Socialist Forum representative on the editorial committee. She is not thanked for her typing or clerical skills. She is in the main editorial game for a series of publications that set out extreme policy strategies from the Left.

Only a few years before entering parliament, Gillard was an active force in promoting radical ideas that no other Labor leader worth their salt would have countenanced even from their cradle.

For example, one of the Gillard (editorial committee) titles, The Greening of the Red, a recipe for left-wing totalitarian control via environmental activism, calls for re-regulating the exchange rate, reintroducing tariffs and reducing imports and foreign investment.

With this background, our Prime Minister could not get a job in sensitive departments of her Australian Public Service - see Security Management Protocol

Why are security clearances necessary?Personnel security clearances are required in Australia, and in other countries such as the USA and UK, to limit the risk of sensitive and classified information being accessed by unauthorised organisations and persons, such as:·      foreign intelligence services
·      those who wish to overthrow or undermine the government by unconstitutional or violent means
·      terrorist groups, and
·      individuals who:
-   may be susceptible to pressure or improper influence
-   have shown dishonesty or lack of integrity which casts doubts upon their suitability, or
-   have demonstrated behaviour or are subject to circumstances which may otherwise indicate unreliability.
While you may not be a member of one of the above, the clearance process may identify if you could be subject to undue influence from these types of organisations or people.

Mind you, many parliamentarians would fail this - have shown dishonesty or lack of integrity!

There are two files that contain the bulk of the Socialist Forum's papers below...