Time to Jail the Climate Scamsters 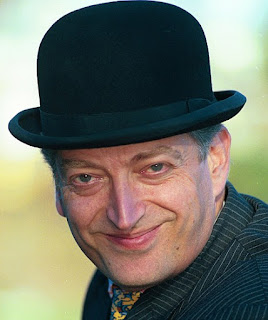 Lord Christopher Monckton is presently touring NSW presented by the NO CARBON TAX Climate Sceptics in Association with the Lord Monckton Foundation. For details of his tour go to Lord Monckton Tour 2013.

SYDNEY, Australia – It’s official. What I was howled down and banned for telling the recent U.N. climate conference in Doha is true. There has been no global warming for 17 years.

The Hadley/CRU temperature record shows no warming for 18 or 19 years. RSS satellites show none for 23 years. Not one computer model predicted that.

Pachauri said the zero trend would have to persist for 30-40 years before it mattered. Scientists disagree. In 2008 the modelers wrote that more than 14 years without global warming would indicate a “discrepancy” between their predictions and reality. By their own criterion, they have grossly, persistently, profitably exaggerated manmade warming.

The 17-year flatline gives Australia’s $180,000-a-year, part-time climate kommissar, Tim Flannery, a problem. In January he crowed that extreme weather like Sydney’s recent heatwave had been predicted for decades.

Skeptics, he wailed, continued to ignore the thousands of hot-weather records tumbling worldwide. Yet without statistically significant warming for nigh on two decades, recent extreme weather cannot be blamed on global warming.

Warming that was predicted yesterday but has not happened for up to 23 years until today cannot have caused yesterday’s “droughts and flooding rains,” now, can it?

Flannery relentlessly gives only one side of the story when it is his duty to give both. He is carefully silent about the thousands of cold-weather records that have also tumbled in recent years – more than 650 this week in the U.S. alone.

The Northern Hemisphere is enduring one of its coldest winters in 100 years. Before the usual suspects try to blame that too on global warming, the IPCC says – unsurprisingly – that warmer weather means less snow.

Sea-ice extent in the Arctic has reached a record high for this time of year, despite a record low last summer. In the Antarctic, sea ice has been increasing for 33 years.

There will be further extreme weather in the coming decades. It will not matter whether the world warms or cools. Extreme weather is not the new normal. It is the old normal – but the new slogan.

The best-kept secret in climate science is that extreme weather, or “tipping points,” will be no likelier if the planet warms than if it cools. For the climate behaves as a chaotic object. What mathematicians call “bifurcations” can occur at any time.

We may warm the world this century, but not by much. What is important is not only the embarrassingly long absence of warming but also the large discrepancy between the rate of warming the models predict and the real-world rate.

The IPCC baselessly predicts 3 degrees Celsius manmade warming this century. The warming rate since 1950 has been a third of that. The maximum warming rate over any decade since 1850 was equivalent to less than 2 degrees per century.

No surprise, then, that the IPCC recently gave the lie to Flannery in a special report saying extreme weather cannot yet be attributed to manmade warming. Yet its own errors relentlessly exaggerate both manmade warming and its consequences.

In 1990 the first of its five reports said that from then till now the world would warm at 0.3 of a degree Celsius per decade. Outturn: less than half that.

In 1995 the scientists said five times there was no human influence on temperature and they did not know when it would become detectable. IPCC bureaucrats got a single bad scientist – a one-man “consensus” – to rewrite the report to say the flat opposite.

That year another bad scientist emailed a colleague: “We have to abolish the medieval warm period.” His problem was that the Middle Ages were warmer than now. Today’s temperatures are normal.

In 2001 the IPCC’s “hockey stick” graph duly “abolished” medieval warming. The shank showed little temperature change for 1000 years; the blade showed a sudden spurt in the 20th century, which the IPCC – six times – blamed on us. In 2005 two Canadian scientists proved the graph bogus.

In 2007 the IPCC doctored another graph to pretend manmade warming is accelerating. The Obama administration is using this faked diagram to justify introducing a carbon tax just as the EU/Oz tax collapses.

This year will bring a fifth “Assessment Report.” As an expert reviewer I shall try to halt further fraud. It will not be easy. The weevils are at it again. This year’s new predictions, backcast eight years to 2005, bizarrely overstate already measured warming and project the exaggerations to 2050, forecasting unrealistically rapid warming.

A senior Australian police officer specializing in organized-crime frauds tells me the pattern of fraud on the part of a handful of climate scientists may yet lead to prosecutions.

When the cell door slams on the first bad scientist, the rest will scuttle for cover. Only then will the climate scare – mankind’s strangest and costliest intellectual aberration – be truly over.

Activist Hansen "at odds with measurement."

Meteorologist Robert W. Endlich critiques NASA's Hansen: 'I attended a talk by Dr. James Hansen....one item after another struck me as being completely at odds with measurements'


Endlich: 'Hansen says the science is settled and there are no data which contradicts the alarmist view of imminent catastrophic temperature change and tipping points. Who is the 'denier?' -- 'I was disappointed that a world-renowned researcher could not provide a cogent, coherent answer to a pertinent question regarding accuracy of the forecast which brought him to prominence. “How has this guy passed his candidacy exam or prelims?'
I asked Hansen about two periods in geologic history. First was end of the Ordovician, about 450 million years ago when CO2 increased from 4000 to 4400 PPM but earth entered a “snowball earth” phase. Second was the end of the Jurassic 150 million years ago, when CO2 was increasing, but temperatures fell. He told me that the data were wrong.

I specifically asked him about the measurements which showed large amounts of CO2 during the Cambrian and Ordovician about 4000-6000 PPM, and that even the IPCC speaks of large amounts of CO2 in the early Paleozoic. He said that there were no measurements of large CO2 amounts in the Paleozoic and again said I was wrong. I guess he has not heard of the Royer Compilation

I then asked about the Vostok Ice Core data which shows four previous interglacial periods CO2 was about 200-270 PPM, and temperatures were clearly much warmer that the present. “Dr Hansen, doesn't the fact that the previous interglacials were a lot warmer than now, falsify the claim that CO2 is an important driver of climate?” He argued with me that the Vostok Ice core data did not show this, and said I was wrong. Google http://en.wikipedia.org/wiki/File:Vostok-ice-core-petit.png to see the data yourself.

Since 1992, Globescan have been polling people from 22 nations. In their latest press release (link) they say:
The perceived seriousness of climate change has fallen particularly sharply since the unsuccessful UN Climate Summit in Copenhagen in December 2009.

LONDON, UK (25 FEBRUARY 2013) - Environmental concerns among citizens around the world have been falling since 2009 and have now reached twenty-year lows, according to a multi-country GlobeScan poll.

The findings are drawn from the GlobeScan Radar annual tracking poll of citizens across 22 countries. A total of 22,812 people were interviewed face-to-face or by telephone during the second half of 2012. Twelve of these countries have been regularly polled on environmental issues since 1992.

Climate change is the only exception, where concern was lower from 1998 to 2003 than it is now. Concern about air and water pollution, as well as biodiversity, is significantly below where it was even in the 1990s. Many of the sharpest falls have taken place in the past two years.

The perceived seriousness of climate change has fallen particularly sharply since the unsuccessful UN Climate Summit in Copenhagen in December 2009. Climate concern dropped first in industrialized countries, but this year’s figures show that concern has now fallen in major developing economies such as Brazil and China as well.  (my emphasis)