The Failing Leafs of Clover Moore 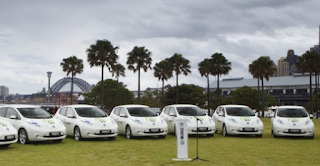 
Acknowledging that the mains power largely used for EV recharging involves carbon emissions itself, the council asserts that this will be offset by solar panels installed on several Sydney buildings - a program claimed to be the largest building-mounted solar installation in Australia.

There is a definite bonus in the reduction of polluting carbon MONoxide emissions from the vehicles, but when will Clover's green Leafs start to fail?

Chief among those drawbacks are the price of the vehicle and the limited range that requires frequent battery recharging.

One Nissan Leaf driver who spoke with The Fiscal Times reported that the car lasted as little as [70 kilometres] on a charge in the winter rather than the promised [117k], and recharging the car with a 120-volt charger could take 20 hours.

At an average of 40kph, the battery could be empty in two hours, then back on the charger for 20hours. 20 hours charging for less than 4 hours on the road?

The falling Leaves (with apologies to Johnny Mercer.)

The falling Leafs stall by your window,
The Falling Leafs Of Clover Moore
And when you stop you have near misses
Caused by that fool, fat Albert Gore.

Since you went that way the trips grow small
And my flat battery caused a stall
But I miss you most of all, my driving
When Clover’s Leafs start to stall. 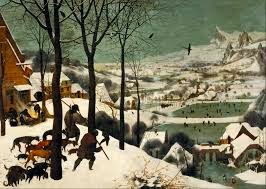 The IPCC scientists have constantly claimed that the Medieval Warm Period (MWP) and the Little Ice Age (LIA) were Northern Hemisphere (NH) events. For example, from IPCC TAR: (link)


Mann et al. (1998) and Jones et al. (1998) support the idea that the 15th to 19th centuries were the coldest of the millennium over the Northern Hemisphere overall. However, viewed hemispherically, the "Little Ice Age" can only be considered as a modest cooling of the Northern Hemisphere during this period of less than 1°C relative to late 20th century levels (Bradley and Jones, 1993; Jones et al., 1998; Mann et al., 1998; 1999; Crowley and Lowery, 2000).


However a  paper published in a peer review journal contradicts the IPCC's theory that the Little Ice Age was restricted to the Northern Hemisphere. The study was carried out on temperature data from the West Antarctic Ice Sheet.


We present temperature data from a 300 m borehole at the West Antarctic Ice Sheet (WAIS) Divide. Results show that WAIS Divide was colder than the last 1000 year average from 1300 to 1800 C.E.


As reported by CO2 Science:


Background
The authors write that "the Northern Hemisphere experienced a widespread cooling from about 1400 to 1850 C.E., often referred to as the Little Ice Age (hereafter LIA)," which they describe as "the latest of a series of centennial scale oscillations in the climate," citing Wanner et al. (2011). However, they say "it is still unclear whether the Southern Hemisphere high latitudes had a temperature response synchronous to that of the Northern Hemisphere," noting that "changes in the solar forcing" - which many scientists believe were responsible for driving the sequential climatic progression from Roman Warm Period to Dark Ages Cold Period to Medieval Warm Period to Little Ice Age to Current Warm Period - "would call for hemispheric synchroneity."

What it means
Orsi et al. feel confident in stating that their result "is consistent with the idea that the LIA was a global event, probably caused by a change in solar and volcanic forcing, and was not simply a seesaw-type redistribution of heat between the hemispheres as would be predicted by some ocean-circulation hypotheses."