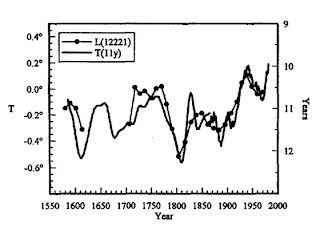 It has been hotter before, and it will be hotter than this again

For anyone who believes the drivel that emanates from the Green and Left side of politics together with the attendant comments of their “Global Warming” and “Climate Change” bureaus, they should read this article.

Sure, it’s hot, in fact damn hot, but it has been hotter before, and it will be hotter than this again.

Sir John Henniker Heaton kindly recorded it all for us in 1879 in the Australian Dictionary Of Dates, which a reader has provided.

It is an invaluable primary resource, as you will see.

(Temperatures have  been translated from fahrenheit to celsius).

December 27, 1790: "Great heat in Sydney , 39ºC in the shade. Settlement visited by myriads of flying foxes, birds dropped dead from the trees."

February 10 and 11, 1791: "On which days the temperature at Sydney stood in the shade at 41ºC, the heat was so excessive at Parramatta , made worse by the bushfires, that immense numbers of the large fox-bats were seen to drop from the trees into the water, and many dropped dead on the wing."

Heaton quotes from The Sydney Gazette of November 29, 1826: "The heat and hot wind of Saturday last excelled all that we ever experienced in the colony. On board the "Volage" man-of-war (a naval vessel), in the shade, the thermometer was 41ºC, and on the shore it was, in some parts of the town, 38ºC, and in others 40ºC.

"To traverse the streets was truly dreadful, the dust rose in thick columns, and the northwest wind, from which quarter our hot winds invariably proceed, was assisted in its heat by the surrounding country being all on fire, so that those who were compelled to travel felt themselves encircled with lambent flames. Sydney was more like the mouth of Vesuvius than anything else."

Again from The Sydney Gazette, February 21, 1832: "Saturday was one of the hottest days ever remembered. The recent rains having saturated the earth, the atmosphere was impregnated by an aqueous vapour not unlike steam issuing from a boiler, while the sun poured down all the fury of his heat. It was dreadful.

"Man and beast groaned beneath the oppression, and numbers of working oxen dropped down dead on the public roads."

The bullocks were even worse off on Saturday, March 18, 1832, which The Sydney Gazette reported was "insufferably warm. At 1pm, the thermometer was 54ºC in the sun. The cattle suffered much.

Of course it was much hotter in Central Australia .

Heaton records explorer Captain Charles Sturt's account of November 11, 1845: "The wind, which had been blowing all the morning hot from the NE, increased to a gale, and I shall never forget its withering effects.

"I sought shelter behind a large gum tree, but the blasts of heat were so terrific that I wondered the very grass did not take fire. Everything both animate and inanimate gave way before it.

"The horses stood with their backs to the wind and their noses to the ground, the birds were mute, and the leaves of the trees fell like a shower around us.

I would like to see the Climate fraudsters Gore and Garnaut explain how the "Global Warming" happened here.

"At noon I took out my thermometer, graduated to 53ºC, and put it in the fork of a tree, and an hour afterwards when I went to examine it; the tube was full of mercury and the bulb burst."

There were "disastrous bushfires throughout the south and west of NSW in January, 1870, fires burning on each side of the line on the southern railway, the railway porters and others beating it out with bushes, and waiting at the stations with water for the passengers to drink, and a truck on the Goulburn train catching fire near Liverpool on January 18".

He records years of drought (interspersed with floods), including the three-year drought from 1825-27: "One of the most severe droughts ever known in NSW, with great scarcity of water in Sydney and suburbs, only two months' supply being left in the Botany dams, and water being sold at a very high rate in Parramatta."

In January and February 1791, Heaton wrote, there were "several weeks of excessive heat, hot winds, birds dropped dead from trees and everything burnt up, stream of water supplying Sydney nearly dried up".

Australians were religious about their climate in the past as well.

Whatever is the extent of global warming and any human contribution to climate change, exaggerating the 2013 heatwave is just another green lie which will blow up in all our faces.


Thanks  to Peter N