On the blog Die Klimazwiebel (The Climate Onion)  by Werner Kraus:

(The climate conferences have ended in failure and achieved no consequences, even though emissions continue rising. Climate scientist Hans von Storch and cultural scientist Werner Krauss explain how we ended up in this climate trap.)


This is neither a skeptic nor an alarmist book. In it von Storch and Krauss have plenty of harsh criticism for both sides of the debate, and then some. Both sides, they claim, are responsible for having driven the climate issue into the ground. The book, they say, explains how climate science got there in the first place, and what possibilities are left to get climate sciences back on track so that it can produce productive action.

Some quotes translated by Pierre:
In Pierre's second post he records the reaction to the announcement of the book:

If it indeed annoys the alarmists, which I’m sure it will, then very few “deniers” will be annoyed at all by it. We can take criticism. 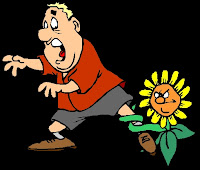 NCTCS blog has written many times about the scientists of the ClimateGate CRU and how they have demonised science byfalsely labelling carbon dioxide as a pollutant. Now we find that the scientists behind GM food are introducing a killer virus.

A new study has been carried out by the European Union's official food watchdog, the European Food Safety Authority(EFSA) which revealed that the international approval process for GM crops failed to identify the gene.

The findings are particularly powerful because the work was carried out by independent experts, rather than GM critics.

It was led by Nancy Podevin, who was employed by EFSA, and Patrick du Jardin, of the Plant Biology Unit at the University of Liege in Belgium.

They discovered that 54 of the 86 GM plants approved for commercial growing and food in the US, including corn and soya, contain the viral gene, which is known as 'Gene VI'.

Some of these crops are fed to  farm animals that produce milk meat and eggs which can result in producing proteins that toxic to humans.


Critics say the revelations make clear that the GM approvals process, which has been in place for 20 years, is fatally flawed.


They argue the only correct response is to recall all of the crops and food products involved. Director of the campaigning group, GM Freeze, Pete Riley, said the discovery of the gene, 'totally undermines claims that GM technology is safe, precise and predictable'.

He said: 'This is a clear warning the GM is not sufficiently understood to be considered safe. 'Authorisation for these crops must be suspended immediately, and they should be withdrawn from sale, until a full and extended review of their safety has been carried out.'