In all the noise surrounding the fires last week, a small story may have gone un-noticed. South
Australia is planning to approve the new Ceres Wind Plant on The Yorke Peninsula.


This is the link to the release of the fact sheet from the Ceres Company. (pdf document of 4 pages)


They use the same old hackneyed and misleading information.

However, keep in mind what has been said over the last few years by renewable power supporters saying that the more of these type of plants that get constructed, the cheaper they will become. As I have said all along, this is an outright lie, and this further proves that, as this project is proposed to cost $1.3 Billion, and it’s barely 600MW Nameplate Capacity. They also claim that they will be getting greater than a 40% Capacity Factor, something not consistently achieved yet anywhere on Planet Earth for a Wind Plant.

I’ll mention just 3 points from that information sheet and explain what the misleading information really means.

Well, that is the usual furphy. Those 225,000 homes are not connected to this Plant, as the Plant’s power goes straight to the grid only, and even so, as this plant’s power is variable, then it could not supply those imaginary homes 24/7/365 anyway. Using that same incorrect analogy, then Bayswater supplies enough electricity to power more than 2 Million homes every year

Note here how they refer to CO2. This statement again is misleading. Those CO2 savings would be that amount IF this were a coal fired plant. They are also assuming that if this wind plant was built, then that same amount of CO2 would be saved because the power would not be required from those CO2 emitting sources, and here they use the highest case scenario for those CO2 savings, again to make the wind project look good.

3.    Up to 2,600 million litres of clean water saved if this generation was produced from a coal fired source.

Unwittingly here, and relying on the reading punter not knowing how electrical power is generated, here they take a direct swipe at Concentrating Solar Power. (Solar Thermal) These types of solar power plants use mirrors to concentrate light on a focal point to make a compound molten. This molten compound boils water to steam to drive a turbine/generator complex, so that clean water also applies for a solar plant, so I guess that wind is now preferable to solar. Also note how they use the word saved in relation to the water, again having a dig at coal fired power as if it consumes all that water.


So then, all that aside, here’s a stark point I want you all to see.

Let’s look at the total power delivered for consumption over the life of this mooted wind plant, and an equivalent coal fired plant.

In the last couple of months, information from a number of sources now are saying that a wind plant’s life span is realistically down around 10 to 15 years, and not the claimed 25 years. That same information is also saying that the generators lose up to a third of their power generating capability after 10 years. So, here I’ll use (probably a best case scenario for both factors here) a lifetime of 15 years and a lifetime CF of 25%.

Now in the case of an equivalent coal fired plant, it is not economic to have one this small. I mean why bother making a small one, when it is probably better economically to make a large scale plant of say 2000+MW Nameplate Capacity, but this is an equivalent scenario I’m making here. I’ll also go way over the top and actually say that this equivalent coal fired plant will cost the same as this mooted Wind Plant, $1.3 Billion, when for perhaps double that (at worst) you could get one of those large scale 2000+MW new generation USC coal fired plants, but I’ll use worst case for coal in much the same manner as I’m using best case for the Wind Plant. The life span for this coal fired plant is the usual average 50 years.

Okay now, so here we have this particular Ceres Project 600MW wind plant and an equivalent 600MW coal fired plant.

Total lifetime power from this Wind Plant is 19,723 GWH;

Total lifetime power from the coal fired plant is 210,384 GWH;

The coal fired plant will deliver 10.7 times the power delivered from the Wind Plant, and deliver that power on a reliable 24/7/365 basis as opposed to the variability of wind power.

Having said all this, my bet is that this wind plant will be approved with all boxes ticked. God, how stupid have we become?
Posted by Geoff on January 19, 2013 No comments:

Discussion on the Absence of a Measureable Greenhouse Effect

by Dr D Weston Allen of:

A Discussion on the Absence of a Measureable Greenhouse Effect

This has been re-posted HERE 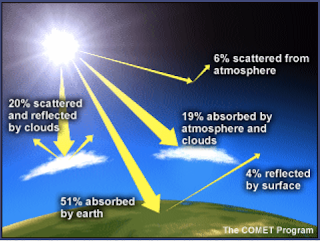 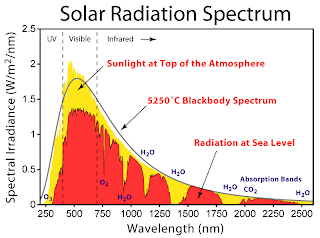 If you heat the planet then you also heat the ocean; you get more evaporation; water vapour is a good greenhouse gas, you get a positive feedback which increases the temperature even more. Bit, if we have more water vapour in the atmosphere, we also form more clouds and it turns out that clouds are the dominant uncertainty in global circulation models.

We can see there is no correlation with the CO2 in the atmosphere and the temperature of the Earth.

James Taylor reported for Forbes on the EIKE Climate Change Conference HERE and Prof Dr Henrik Svensmark's address "The Climate is a result of changes in the clouds"
can be found here.