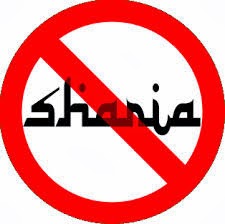 The full atrocity of the Kenyan supermarket attack by Islamic fanatics has now become apparent. Before that we have had numerous incidents of Islamist fanatics killing school-girls.

There has been no condemnation within Islam of these monstrous acts and the Australian connection with the Syrian conflict is also apparent but also ignored by Australian authorities, although since writing this some action is now being taken against Muslims with duel citizenship travelling to Syria to fight in the war.

This article is in part a response to an article by Uthman Badar criticising any legal action against those ‘Australian’ Muslims travelling to Syria to fight and another article describing a debate involving Badar and Julian Burnside about the role of Islam in the West and whether derogatory comments about Islam should be censored and those making them prosecuted.

In respect of the issue of whether violence committed by Muslims was properly recognised by the West as the acts of genuine Muslims Jed Lea-Henry says:

Of course, the majority of Muslims are peaceful individuals.

This is true; not all Muslims living within the West or in Islamic nations are active Jihadists either participating in wars such as in Syria or committing acts of violence against the West. But this inaction does not mean the majority of Muslims are ‘moderate’.

What is a ‘moderate’ Muslim?

To answer that question one first has to look at how Muslims regard their faith. In 2008 professor Riaz Hassan published his research on being a Muslim in his book, Inside Muslim Minds. Riaz interviewed 6400 Muslims from 7 Muslim countries and found that nearly all of them agreed strongly with the proposition that Muslim societies must be based on the Koran and sharia law.

Sharia law means there is no separation between church and state. Sharia law means the Koran is the ultimate source of legal authority not the secular parliaments of the Western nations where growing populations of Muslims are living.

What does the Koran offer and do Muslims support the laws prescribed by the Koran? There has been considerable research on this topic. In 2011 the British research company, Ipsos MORI interviewed Muslims in a number of countries and compared their response with the answers from members of other religions. They found Muslims were much more likely to think their faith important and to not want their faith separated from the legal and political system

The results found by Ipsos MORI were confirmed by Pew Research. Pew also found that large majorities of Muslims endorsed the harsh edicts of the Koran such as stoning for adultery, death for apostasy and amputations. Turkey and Lebanon and to a lesser extent Indonesia were the only Muslim nations which had a majority of citizens against these laws.

The plain conclusion from these enquiries is that Muslims endorse their faith, their faith includes harsh laws and that they think their faith should dominate secular legal and political systems. 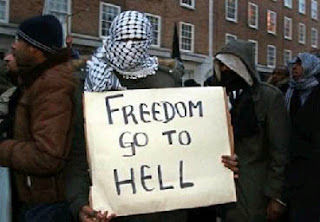 This inability or unwillingness to separate church and state, which defines Islam more than any other religion, places ‘peaceful’ Muslims in an invidious position. On the one hand they believe their faith is right and that secular Western society is inferior. A recent CNN report based on the Ipsos MORI research found that Muslims thought Western society was in moral decline. Given the choice between violent acts of the minority within Islam and the condemnation and resistance from the West to that violence Muslims who believe in their faith, and that is the vast majority, will give tacit approval to the aims if not methods of the violent minority. To do otherwise would contradict their faith and their conclusions about the West being immoral. It would also mean that resistance to the inferior moral values of the West and replacement of those values with sharia is bad.

In this respect Lea-Henry is correct when he notes the schizophrenic reaction of Western leaders who distinguish between violent Muslims who declaim they are doing what they do for Islam and ‘moderate’ Muslims on the basis the violent Muslims are not really Muslims.

Because the difference is one of method not principle all Muslims must carry responsibility for violence done in the name of Islam. Lea-Henry uses the example of Chomsky to show that all US citizens are responsible for the actions of the US government. This is exactly the wrong example. The US is a democracy where people have a say in the government and its policies; and most importantly where they can and do protest against those policies. There is no such choice in Islam. A better example is the Catholic Church where every member of the church must carry some of the responsibility for the criminal actions and obfuscation of the Catholic clergy.

Lea-Henry says that change must be from within Islam; that renunciation of violence by Islam must be organic and that forced change would be imperialistic. That is nonsense for several reasons.

Firstly there is no sign anywhere from within Islam that Islam’s imperialistic drive towards sharia is abating. In fact that drive to implement sharia is increasing. Many European countries now have no-go areas within their borders where Islam has effectively supplanted secular law. This tendency is already happening within Australia as 60 Minutes’ fact-finding tour in Western Sydney recently revealed. Australia’s proportion of Muslims is 2.2%. This is less than half the proportion in the European countries currently experiencing Islamic violence and aggressive implementation of sharia. Given that, of the 18 convictions for the offence of Terrorism in Australia post 9/11, 17 were Muslims there is no reason to suppose the Muslims in Australia are any different from those in Europe and that Australia too will experience an intensification of Muslim demand for sharia as the number of Muslims in Australia increases.

Secondly the only example of a nation with a majority Muslim population which did not operate under sharia has been Turkey. Ataturk established a vigorous secular republic where that separation of religion and state was enforced by a strong, independent military. In other words Islam was held at bay by the imperialistic methodology of an independent armed force. In recent times we have seen the bulwark of the military eroded by the Islamist president Erdogan who seeks to once again conflate religion and state under sharia.

Thirdly when prominent Muslims like Ayaan Hirsi Ali and Salman Rushdie criticise their religion they are immediately threatened with death. If formidable people like Rushdie and Ali are persecuted how can the average Muslim stand up and exercise a ‘moderate’ voice from within Islam?

Fourthly, Islam is not a ‘moderate’ or even a peaceful religion. The Koran is full of invocations for Muslims to kill non-believers. The Koran says “The unbelievers are your inveterate enemies” [4:95-101]. Arguments which point to similar texts in the Old Testament and which make historical comparisons are simply irrelevant. Other religions do not want to introduce their equivalent of sharia law or have violence committed on their behalf.

It is therefore hard to see organic change coming from within Islam. The immensity of the change required is defined by Robert Spencer’s definition of a ‘moderate Muslim:

A tiny handful. One is reminded of Yeats:

The best lack all conviction, while the worst are full of passionate intensity.


Postscript. The issue of whether the ABC should exist or continue to be funded from the public purse is gaining momentum. One of the ABC’s prominent presenters, Dominic Knight, has compared ANZACS with Muslims leaving Australia to fight with al qaeda in Syria. Andrew Bolt presents the 2 sides of Knight’s position.

Knight’s regrettable comments personify what large sections of the Western elite think about Islam in comparison with Western values; that is, there is an equivalence if not a superiority on the side of Islamic values. Given this the fact that these elites, like Knight and Burnside, personify the prevailing Zeitgeist in the media, academia and are influential politically means the falsehood of the Moderate Muslim will persist.
Posted by Geoff on December 17, 2013