By Joe Bastardi - the chief forecaster at WeatherBELL Analytics, a meteorological consulting firm.
© Copyright 2013 The Patriot Post
Twas the week before Christmas, when all through the news,
There were reports of record cold, so many were confused.
Told global warming is why we should care,
And that the point of no return would soon be here.
The children were bombarded with tales of dread,
While visions of climate disasters were stuck in each little head.
And mamma in her Prius, and I on my bike,
To save the planet, got rid of the cars that we like.
When suddenly in the data there arose such a clatter,
The earth was not warming, what could be the matter?
The warming stopped, as quick as a flash,
Leaving proponents in sack-cloth, bathing in ash. 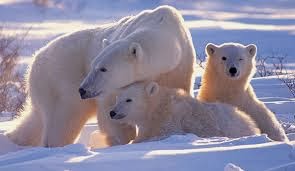 For far too common was new-fallen snow,
More than forecasted, temperatures 0 or below.
And, what to my wondering eye there appears,
But an uptick in sea ice, and even more polar bears.
With a little old driver, called the PDO,
I knew in a moment it had to be so.
Howling like beagles fearing the shame,
AGW pushers called skeptics many a name!
“Now, Denier! now, madman! now neanderthal, you're lying!
You're an idiot! you're stupid, know nothing, we're frying!
To the top of the chart! breaking through the temperature wall!
The warmings out of control, it's frying us all!”
As dry leaves that before the wild hurricane fly,
This is the worst drought ever, global warming is why.
So up to the IPCC the climate pushers flew,
With a gravy train of grants, and politics too.
Make economies pay, we need no proof,
Just keep saying temperatures are going through the roof.
With the media complicit, my head was turning around,
To see the global temperature level off and then come down.

Exposing the scam, and making off with the loot.
Readjusting temperatures, from many years back,
Peddling disinformation to the media pack. 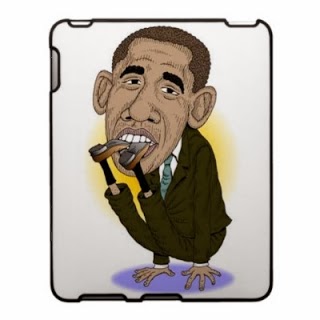 The warming had stopped, in their mouth was their foot,

At conferences they would drink and make merry!
While the deceit grew in a way, that made it quite scary!
For the tide it had turned, there was cold that would show,
You can't say it's warmer, if there's too much snow.

The cold that was showing led to chattering of teeth,
As the cycle came full circle, not unlike a wreath.
The face of global warming had become a subject smelly,
Their position as “solid,” as a bowlful of jelly!
Hockey sticks broken, sea ice on the increase,
I laughed when I heard their excuses not cease.
Events we all knew were something ahead,
Were twisted into worst ever, something to dread.
How dare mother nature destroy AGW's life's work,
These deniers are as nasty as a Miley Cyrus Twerk.
But the data is there and everyone knows,
The temperatures leveled off while CO2 rose!
So when in the wire, you hear the cold wind whistle,
The AGW agenda is ready for dismissal.
So let me exclaim, as this fades out of sight,
“Happy Christmas to all, and to all a good-night!”
Joe Bastardi is chief forecaster at WeatherBELL Analytics, a meteorological consulting firm.
© Copyright 2013 The Patriot Post
Posted by Geoff on December 25, 2013