Can Australia afford the ABC? 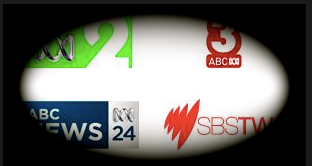 For purposes of this essay the ABC includes the SBS and associated, other publicly funded media outlets such as The Conversation.

I grew up with the ABC. In my childhood the ABC seemed like a beacon of calm and steadying influence amidst a cacophony of media excess which featured page 3 bikini girls, back page sport hyperbole and sensationalised news stables such as ‘headless body found in wheelie-bin’.

This is no longer the case. The ABC is a repository of progressive viewpoints, aggressively promulgated on the main issues of the day: man-made climate change [AGW], boat people, Islam. The progressive viewpoint is not so much a reasoned position as an attitude suffused with a moral sensibility based on an assumed superiority to opposing values. For instance AGW is accepted on the basis that nature is good and benevolent and humans who interfere with nature and persist in causing AGW are therefore not good. The same with the boat-people and refugees in general. The plight of the boat-people makes their moral position unassailable and people who argue against this moral position are also bad.

In other words the ABC has taken a political position. This contradicts its Charter and Statutory Standards of conduct. Those Standards are:

Standards:4.1 Gather and present news and information with due impartiality.
4.2 Present a diversity of perspectives so that, over time, no significant strand of thought
or belief within the community is knowingly excluded or disproportionately represented.4.3 Do not state or imply that any perspective is the editorial opinion of the ABC. The
ABC takes no editorial stance other than its commitment to fundamental democraticprinciples including the rule of law, freedom of speech and religion, parliamentarydemocracy and equality of opportunity.4.4 Do not misrepresent any perspective.
4.5 Do not unduly favour one perspective over another.

In my opinion the ABC has contravened every one of these Statutory Standards in its presentation of AGW.

A Recent ABC report illustrates this contravention. When the International Panel for Climate Change [IPCC] released its 5th report, AR5, the ABC unquestioningly accepted the usual alarm ridden conclusions of AR5, ignored the manifest defects with AR5 and interviewed the usual pro-AGW commentators. The standard practice was followed whereby a prominent landmark, in this case Bondi Beach, was selected and shown after AGW had its catastrophic effect.

The comments of these pro-AGW commentators shows the complete lack of critical journalism by the ABC:

So that means - we're quite used to rainfall being a significant limitation to agricultural production and other activities. That may get worse in the future in the case of Australia.

There was no mention of the fact that Whetton is married to a Greens candidate, has endorsed Gore’s farcical film, An Inconvenient Truth, or is a lead author for the IPCC and obviously an ardent supporter of AGW. Nor was there any mention that the predictions of drought by AGW have been proved disastrously wrong with the Wivenhoe dam disaster exacerbated by the dam being used as a drought storage rather than a flood mitigator due to the AGW based predictions of drought; or any mention of the billions of dollars spent on desalination plants in capital cities around Australia, all in mothballs with huge rentals still being paid to the builders; or any mention of the fact that actual rainfall had contradicted the predictions made by AGW.

The ABC then wheeled out John Connor from the Climate Institute. Connor is a devout supporter of AGW and his typical hyperbolic language reflected that:

We are a country of extremes, of floods and droughts, and they talk about climate change putting the weather on steroids and so that means we have more and more extreme impacts that accentuate those extremes that are there already.

“weather on steroids”; Connor is an expert at giving pro-AGW news sources like the ABC pat catch-phrases. The ABC accepts these statements without quibble; yet everything in what Connor said is false and exaggerated. A cursory analysis would show that extreme weather events are not occurring globally or in Australia and New Zealand. In fact the IPCC AR5 report itself disavows any connection between AGW and extreme weather events in its SREX section. Chapter 4 of the SREX says:

So we have the ABC referring to the IPCC latest’s report and interviewing known alarmists and pro-AGW persons who are interviewed about the AR5 report and permitted to make absurd statements completely contradicting what the IPCC report itself states! The ABC could hardly claim this was news since Nature, a pro-AGW journal, had said the same thing over a year previously.

Also, as usual, the ABC interviews no one who has a sceptical position about AGW. The closest the ABC gets to an impartial commentator is Dr Rob Brander, an academic specialising in coastal geomorphology. In 2010 Dr Phil Watson, the principle coastal scientist with the NSW Department of the Environment wrote a seminal paper on Australian sea level which showed sea level rise is declining in Australia and New Zealand. Yet while alarmists like Whetton and Connor and Suzuki a week earlier, are giving carte blanche there is never a counter opinion from people like Watson.

Advocates for AGW like Hamilton and Holmes have strongly advocated that sceptics, or as they disparagingly say, “deniers”, should not be given access to the ABC.

Sadly the ABC has taken this on board. Since the departure of Jonathan Green, himself an avowed supporter of AGW, from the editor’s position at The Drum, I personally have not had any articles accepted for publication, nor has any prominent sceptic.

In a recent debate about privatising the ABC the ‘against’ argument was based on the ABC being “a civilising institution of society”. Clearly the ABC has deviated from this fundamentally with many ABC commentators demonstrating a complete lack of “civilizing”.

So not is the ABC only presenting a pro-AGW viewpoint it is setting the standard of attitude towards and treatment of those who are putting cogent arguments against AGW.

The argument for privatizing the ABC mainly consisted of the cost of the ABC, which is well over $1 billion annually. However, this $1 billion is not the real cost. The ABC’s support of AGW galvanizes and supports pro-AGW amidst bureaucrats and politicians so that both sides of politics have pro-AGW policies. These policies have already cost Australia over $12 billion and were likely to cost far more in the future if the ALP/Green coalition stayed in power, and will still cost several billion under the coalition’s Direct Action plan.

If one accepts the premise that the ABC has been the main public media advocate for AGW then its true cost to Australia has not just been the $1 billion annual funding cost but the indirect cost to Australia of the many more $ billions spent and wasted on AGW, all of which has been made publically palatable by the bias of the ABC.

It is on that basis of the much larger cost to Australia that the question of whether Australia can afford the ABC should be framed.
ABC AGW Anthony Cox Climate Institute Dr Phil Watson IPCC 5AR John Connor Penny Whetton progressive The Drum Wivenhoe dam 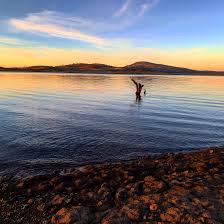 24 million Australians are told to wash their hands thoroughly several times a day. Imagine the water demand – say 25 litres per person per day just for handwashing, taking total household usage to at least 60 litres per person per day. For 24 million of us that could amount to 1,400 Ml per day - enough to empty the giant Lake Eucumbene in a few days.
Greens nominated Sunday 22ndMarch as World Water Day. Let’s make tomorrow “Build More Dams Day” and announce new dams and weirs NOW, with guaranteed money and start dates. And the activist National Cabinet should immediately suspend the failed Murray-Darling Basin Plan and cease releasing its fresh water to the sea.
(118 words)
Viv ForbesWashpool Qld Australia