The beginning of the Anti-Carbon (Dioxide) Tax Movement 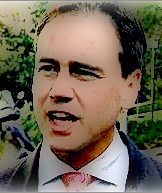 Today we see a decisive LNP win. This will see the end of the tax on vital-to-life Carbon Dioxide. But wait! There's more!

We still have to fight the LNP on carbon mitigation and their plan to prop up the renewable energy targets. We also have to find out what Greg Hunt meant by "market mechanism." Does he mean an ETS by any other means?

The Coalition's Direct Action plan will use the classic market mechanism of a reverse auction, a conventional method of finding the lowest cost way to achieve an aim. We will establish an Emissions Reduction Fund to purchase emissions abatement at the lowest price. The Emissions Reduction Fund will have an initial allocation of $300 million, $500 million and $750 million over the forward estimates period.

Allocations will be made through a reverse auction starting with the lowest-cost projects. Funding will only be forwarded when there has been a verifiable reduction in emissions.

We began the fight against Labor's carbon tax with the first protest to Canberra on the 13 August, 2009.

Will the NO CARBON TAX Climate Sceptics have to be the first to protest against Greg Hunt's "market mechanism." 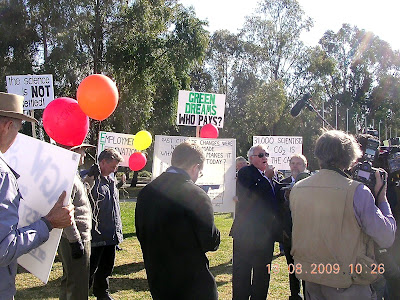 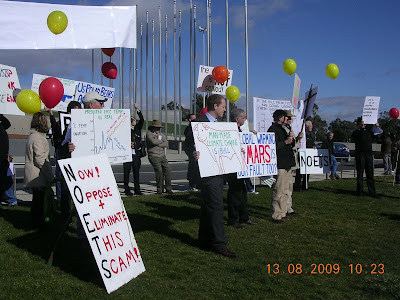