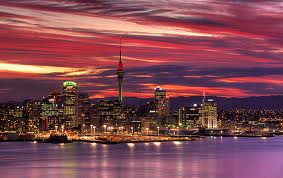 Living organisms are dependent on a whole series of chemical reactions whose rate is dependent on temperature. To maintain life, the whole organism must be surrounded by an environment which keeps the temperature of the organism within the limits necessary for its continuity. The environment must also make possible the provision of the necessary inputs  such as food and  shelter and the disposal of outputs.

The environment required to support life can be divided in a series of levels, reminiscent of the “Circles” of Dante’s “Inferno”. Humans have developed a whole series of these levels to make it possible to survive  the very varied external conditions which it is able to endure.

The first five levels of the environment are essential for the maintenance of human settlement. The sixth is only required for recreation and exploration . Yet it is the only level that is promoted by “Environmentalists” They are hardly interested at all in the first five levels which are the only really important ones for human progress.

“Protection”  of this sixth level is heavily dependent on the effectiveness and efficiency of the first five: on the expenditure which is left after its essential maintenance.

Environmentalists”  display extreme concern for the non human organisms of the sixth level, but this interest is grossly uneven. Large easily visible organisms are regarded as important whereas small invisible organisms are neglected. This lack of balance prevents effective “protection” of any of them
The “protection” which is demanded of the sixth level often has the effect of harming it. The use of good agricultural land to accommodate windmills, biofuels, or solar panels,  means that in order to produce enough food it is necessary to drain wetlands, clear reserves or demolish native forests. Imposition of expensive energy costs from “renewables” means that budgets for sixth-level environmental protection has to be reduced.

All levels of the environment undergo continuous change from climate and from  technology. The concept of an “ecosystem” as static, unchanging and “pristine” is false. So is the idea that there could be such a condition as “”sustainability”.

“Resources” are thought to be “depleted” yet the character and nature of the substances we need to survive change unexpectedly all the time.  Coal, oil and nuclear energy did not exist as “resources” until the possibility that they could be useful came into existence. A new technology such as “fracking” has suddenly changed  “resources” of oil and the mining of ocean clathrates might change it all again.
The whole environmentalist movement has been conned into believing that emissions of carbon dioxide harm the climate. There is no evidence for this claim, which is merely asserted by self-styled “experts. The fact that global temperatures have not changed for 17 years despite a continuing increase in atmospheric carbon dioxide proves that the two are not related.

All levels of the human environment need  constant attention ,improvement and protection. It is a gross distortion to concentrate exclusively on the sixth level, the least important,  at the expense of all the others.