Tony Abbott might have said once that climate change is crap however, a month after making that statement,  he said that his statement was a bit of hyperbole, that it is not his considered position.

If Mr Abbott really believed that "climate change is crap," would he appoint a  AGW hoax true believer as his climate change minister?

Greg Hunt, the shadow minister for climate change, environment and water is a believer in the falsified man-made climate change hypothesis. Greg is most likely to be the Minister for Climate Change if an Abbott government is elected on September 8th.

He has continuously bowed to the AGW hoax over the years.  Some examples....

GREG HUNT Yes. There's a big difference between inaction, which is unacceptable, and bad action. . …….we offer 150 million tonnes of savings per annum of CO2. So the real thing, greenhouse emissions, through agricultural offsets. I hope that both sides can join us in supporting saving 150 million tonnes per annum through including farm offsets.

GREG HUNT
Yes. There's a big difference between inaction, which is unacceptable, and bad action.
Inaction AND bad action are BOTH unacceptable; both waste money on a falsified CAGW hypothesis.

TONY JONES Professor Garnaut told us last night that your direct action policy on climate change is delusional. It reminds him of central planning that took place in the old Soviet Union, your response to those comments.

GREG HUNT Well, I understand he also focussed on the Government's $40 million free gifts to the biggest polluters, and called that an abomination. He took a swipe at both sides.  (my emphasis)

Note that Greg Hunt refers to emissions of vital-to-life carbon dioxide as pollution.
In the interview Hunt continued:
What we propose, what Tony Abbott proposes, what I believe in, is this a idea of direct action, reduce emissions, clean up our farms, work on our power stations, clean up the coalmine gas, rather than cycle the money through the big polluters and leave 4.2 million Australian families worse off.

“three billion over four years, you must have thought what am I getting as a consequence of that about four thousandth of one degree?”

Another non answer.
ANDREW BOLT:
Can you explain to me why, and I always ask the question of you whenever I see you as you know…

GREG HUNT:
You do.

ANDREW BOLT:
And I always try to ask that of the Government when they don’t come into the studio anyway. But why is that I don’t get an answer anyway on that? I mean it’s quite a, scientists have got the figure, and they put it out there, this is the difference you will make and you guys never tell us, yes or no.

GREG HUNT:
The answer is we will make a difference of 155 million tonnes…

ANDREW BOLT:
No in temperature.

GREG HUNT:
Acting alone the difference is minimal but…

ANDREW BOLT:
Everyone watching us now has just seen me asking you the question a couple of times and everyone watching this now has seen you dodge it and they will say he’s not answering it.

That’s what really strikes me, why do politicians never answer the very basic question. For all this pain what is the gain in temperature?

And the cost of the oppositions' "climate change" policies? Well, according to Malcolm Turnbull, it would cost $18 million: (link)

MALCOLM Turnbull says Tony Abbott's direct action plan could cost taxpayers $18 billion a year by 2050, declaring it's only "fair dinkum" to admit the scheme will be funded by the budget.

Costing the opposition's policy at a carbon price of $15 a tonne, a figure supplied by Coalition environment spokesman Greg Hunt, Mr Turnbull said the plan would cost $2.1 billion a year to achieve a 5 per cent cut in emissions by 2020.
Cutting emissions by 80 per cent by 2050, as urged by scientists, would be a “formidable” objective, he said.

“If that were to be achieved by the government buying offsets or otherwise directly paying for abatement the cost would be enormous - at $15 a tonne it would amount to an $18 billion annual cost to the budget,” Mr Turnbull said. 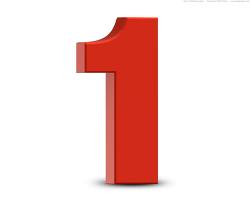 Keep BOTH the bastards honest.

Vote against this Green Insanity.

In the Senate Vote 1 for the