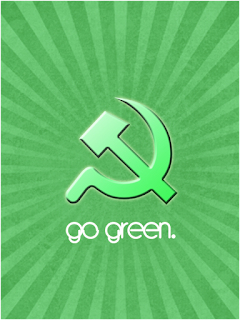 Last month, Earth Day came and went. Perhaps you missed hearing about it

She wrote that EarthDay Central suggested:


one of the goals of Earth Day is to help you “Discover what you can do to save the environment.

She notes a report in the Christian Scientist Monitor:


The author starts with: “When Earth Day observances first began in 1970, Cleveland had recently doused a pollutant-fueled fire on a section of the Cuyahoga River. Cities were often shrouded in thick blankets of smog. And large portions of Lake Erie were so fouled by industrial, farm, and sewage runoff that sections of the 241-mile-long lake were pronounced dead.” And later, he reports: “Since that first Earth Day, the air over major cities is cleaner. Lake Erie is healthier. So is the Cuyahoga River, which groups in Cleveland would like to turn into a centerpiece of urban life. The improvements have come with ‘yes, but...’ as other environmental challenges have elbowed their way to the fore. But for the most part, tools are in place to deal with them.”

Patrick Moore was one of the co-founders of Greenpeace. He had a change of heart and wrote Confessions of a Greenpeace Dropout: The Making of a Sensible Environmentalist

Moore explains why, 15 years after co-founding it, he left Greenpeace to establish a more sensible, science-based approach to environmentalism.

Confessions details Moore’s vision for a more sustainable world. From energy independence to climate change, genetic engineering to aquaculture, Moore sheds new light on some of the most controversial subjects in the news today.

Moore’s view helps understand how the environmental movement has gone from trying to save the planet to killing the US economy.


Recall the words of New Deal brain-truster Stuart Chase who, after visiting the Soviet Union in the 1920s, asked with incredulity, “Why should Russians have all the fun remaking the world?” Progressives are very resilient, so when Soviet communism finally collapsed after 70 years of world wide tyranny, progressives and liberal Democrats pushed the existential green movement to the forefront, which was in reality the same old exhausted red communism in a new disguise.

Green is now the new red (communism). (Link) (my emphasis)


I was the only Greenpeace activist with a PhD in ecology, and because I wouldn’t allow exaggeration beyond reason I quickly earned the nickname “Dr. Truth.” It wasn’t always meant as a compliment. Despite my efforts, the movement abandoned science and logic somewhere in the mid-1980s, just as society was adopting the more reasonable items on our environmental agenda.


The irony was that the retreat from science and logic was partly a response to society’s growing acceptance of environmental values. Patrick continues: (Link)


The collapse of world communism and the fall of the Berlin Wall during the 1980s added to the trend toward extremism. The Cold War was over and the peace movement was largely disbanded. The peace movement had been mainly Western-based and anti-American in its leanings. Many of its members moved into the environmental movement, bringing with them their neo-Marxist, far-left agendas. To a considerable extent the environmental movement was hijacked by political and social activists who learned to use green language to cloak agendas that had more to do with anticapitalism and antiglobalization than with science or ecology.

Beware! A vote for the Greens is a vote for Communism.