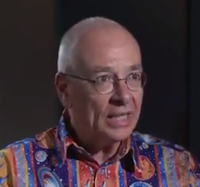 From NCTCS members Bill Pounder and Bill Koutalianos. A sequence of tweets from informed and uninformed sources. One side gives reference links, the other side deletes cheat tweets facing heat. 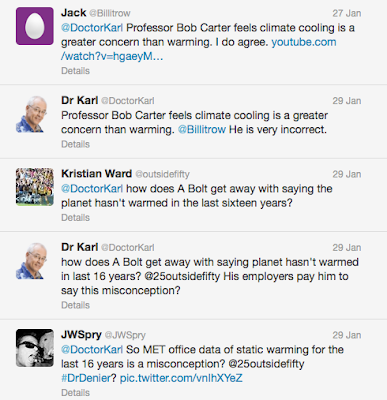 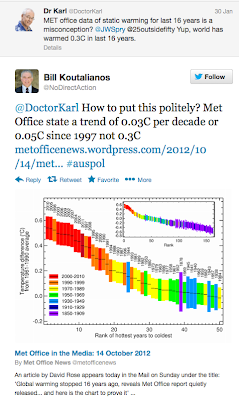 @NoDirectAction @DoctorKarl the mail retracted that bill, you know
that, i sent you the link, stop spreading uncorrected crap

@rodgerrodgersu "mail retracted that bill"? I have no idea what you're
talking about. I'm still waiting on @DoctorKarl to reveal his source

See also Andrew Bolt's Columns Yes, Craig, there really is a warming
A question for Dr Karl, the warmist