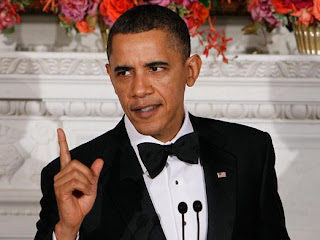 During his presidential campaign, Barack Obama tried to steer clear of the global warming  (non)-issue. However during his second inauguration address, he called for new action to “respond to the threat of climate change.”


“Some may still deny the overwhelming judgment of science, but none can avoid the devastating impact of raging fires, and crippling drought, and more powerful storms.”

James Taylor, in an opinion piece for Forbes, addressed these last three points.


Leading off the Obama “Big Three” is wildfires. What does the overwhelming judgment of science reveal

The National Interagency Fire Center reports the number of annual wildfires in the United States has been declining for more than 30 years. In fact, the “overwhelming judgment of science” reveals the number of wildfires rose from the 1950s through the 1970s, as global temperatures declined, and has been declining ever since, as global temperatures have modestly warmed.

Cross fire off the list. What about crippling drought?


U.S. and global soil moisture improved throughout the 20th century as our planet warmed in its recovery from the Little Ice Age. According to the Global Soil Moisture Data Bank, global soil moisture increased throughout the 20th century at almost all sites. Moreover, the National Oceanic and Atmospheric Administration (NOAA) reports that 20th century droughts were quite mild when compared to droughts in previous centuries. This “overwhelming scientific judgment of science” was confirmed in November when a study published in the peer-reviewed journal Nature found “there has been little change in drought over the past 60 years.”

Two down, one to go. Powerful Storms. Surely the US suffered from Superstorm Sandy?

Read more from James Taylor in Forbes HERE.
Posted by Geoff on January 26, 2013