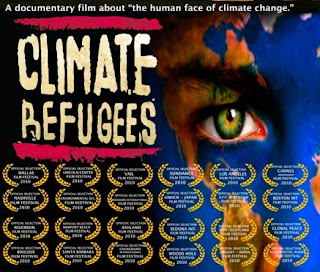 
There is a new phenomenon in the global arena called “Climate Refugees”. A climate refugee is a person displaced by climatically induced environmental disasters. Such disasters result from incremental and rapid ecological change, resulting in increased droughts, desertification, sea level rise, and the more frequent occurrence of extreme weather events such as hurricanes, cyclones, fires, mass flooding and tornadoes. All this is causing mass global migration and border conflicts.

Perhaps they ought to be filming "Climate Refugees II" in Alaska.

Cold Winter and Summer Have Some Ready to Leave Alaska

After record-breaking winter, cool summer is a bummer


ANCHORAGE - After a record-breaking winter, we are now headed for one of the coldest months of July on record.

And it has some Alaskans thinking it may be time to leave the great land.

By Alaska summer standards, it's been a pretty cool and gloomy start to the beginning of July.
The temps may be setting records, but it's not the first summer that's been less than sunny – and some people say they've had enough.