Bill Nye says that atmospheric CO2 is "rising extraordinarily fast", he talks about a "massively increased acceleration in CO2".......

Look at how the graph is going pretty evenly until we hit the recent  "massively increased acceleration in CO2"......hmmmm

But is there anything to show CO2 causes a rise in temperature?

Bill Nye maintains that the Medieval Warm period was just a

However the Idso's CO2 Science Medieval Warm Period Project (link) shows that there are peer-reviewed papers from all the continents.

When Marc is making a great series of facts, the moderator butts in "Wait a minute! Wait a minute!" before the Alarmist Nye gets laughed out of the arena.

Again we get the nonsense that "2012 could be the warmest year on record."  This nonsense is trotted out annually in the last few months of the year.  Here is a retort when they said the same thing in 2010.

Do these alarmists really believe the nonsense that they spout?

News Busters has added links to to transcript to give readers background regarding scientific points made by Morano.


MARC MORANO, CLIMATE DEPOT: We followed the evidence. There are quite literally hundreds of factors that influence global temperature, everything from tilt of the earth's axis to ocean cycles to water vapor, methane, solar system, the sun, cloud feedback, volcanic dust. The idea that CO2 is the tail that wags the dog is not supportable.

And if you go down and look at the scientific literature, we are finding reams of data. And new peer-reviewed study showing the Medieval and Roman warming periods as warm or warmer than today without our CO2 emissions. So what's happened here is the whole movement, because now we've gone 16 years without global warming, according to the U.N. data [from UK Met Office], and they've now morphed into extreme weather.

And we have the absurd spectacle of people claiming that acts of Congress and United Nations can control the weather and make hurricanes less nasty and make tornadoes less frequent, which by the way none of them are showing any trends at all that are unusual.


MORANO: CO2 is rising. No one is disputing that. What Bill and I just did was waste everyone's time explaining that CO2 is rising. The question is what impact does CO2 have on the weather, what impact the CO2 have on climate change. And that, as we you look at the geologic records, we've had warmer periods where it's been -- with higher -- with lower CO2 and we've had colder periods with higher CO2. And you have to go way back for some of that but the bottom line is hundreds of factors are dictating our climate.

The Medieval Warm Period was both southern and northern hemisphere. On my Web site there's literally [scores of studies] -- it demolishes the idea of a hockey stick, new peer-reviewed study, so the idea that Bill Nye is just going around saying CO2 is up, therefore global warming is dangerous, we should be concerned, it's not. It's not dangerous. The bottom line is all these factors --

FORGET the environment, it's the economy, stupid 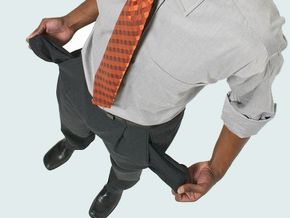 Carrying on from our previous story about the World's Greatest Treasurer, Wayne Swan, a new survey - Mission Australia's national Youth Survey-  found that young Australians are more concerned about the economy than the environment.

From The Australian's Business Section:


Young Australians more concerned about the economy than climate by: Patricia Karvelas

Mission Australia's national Youth Survey found concern about the environment _ considered to be the leading issue for the previous two years (37 per cent last year and 38 per cent in 2010) _ fell to 17.5 per cent.

The country's biggest annual poll of young people and their concerns found the economy and finances was ranked in the top three issues by 31 per cent of respondents, followed by population at 28 per cent and alcohol and drugs (22 per cent).

The economy did not even rank in the top three the previous year with only 21 per cent of respondents ranking it as a concern.

If Bill owes Gordon $50, he can get rid of the debt by borrowing $50 from Jim and pay Gordon back and then his debt with Gordon is clear so he still owes is $50 but to Jim not to Gordon.

Clever ploy that, Wayne! No wonder you are tagged as the World's Greatest Treasurer.

This week the ABC reported that the UN Green Climate fund had been paid the promised amount via this ABC report. (LINK)   Mark Dreyfus, Parliamentary Secretary for Climate Change and Energy Efficiency told ABC Radio Australia  that Australia has met its obligations.


"Australia committed $599 million of what was called 'fast start finance' back in 2010 and we have actually delivered all of the $599 million."


If your head is aching from the maths involved, here is some soothing music - the theme from the TV show "Rush" written by Mark Dreyfus' father, George.