hat the PM said the association wasn't a union. … It obviously wasn't.''

Read more: http://www.theage.com.au/opinion/politics/gillard-winged-but-still-flying-20121129-2aimg.html#ixzz2DfZijwcS
That the PM said the association wasn't a union. … It obviously wasn't

a sum of money used for illicit or corrupt political purposes, as for buying influence.


a fund for financing political or commercial corruption.

Even the Not-so-reliable Wikipedia:


a slush fund can have particular connotations of illegality, illegitimacy.

A fine string of words:
So, before Sue Butler from the Macquarie Dictionary redefines "slush fund" in  PM Gillard's favour, the overwhelming feeling is an illegal fund.

The 34 y.o. young and naive Ms Gillard, in her Slater and Gordon exit interview, described the AWU Workers' Reform Association as a slush fund - an illegal fund.

The association wasn't a union!


Gillard yesterday seemed still in two minds, saying that when it came to establishing an association that bore the name of the AWU, her client was Wilson and his associate Ralph Blewitt as representatives of a team of union officials who would run together for re-election - not the AWU. But she also appeared to place weight on the fact she had kept the AWU informed, through Wilson and Blewitt.

"The people I was dealing with - Mr Blewitt and Mr Wilson - were both office holders of the AWU," the Prime Minister said.

"My client in creating the Workplace Reform Association was Mr Wilson and Mr Blewitt acting as representatives of a team of officials who were going to run together for election in the trade union. But did I separately advise the AWU that this was occurring, well of course I didn't.

Of course she didn't!

On the other hand,  (link) Slater and Gordon thought they were two different entities:


However, (writing to the WA Corporate Affairs Commissioner - link)


Julia Gillard enabled the incorporation of a union slush fund from which her then boyfriend later stole hundreds of thousands of dollars by formally denying to authorities that it was a trade union organisation.

So Ms Gillard's claim that the association was set-up for the union and under instructions from the union has been negated by her own submission to the WA Corporate Affairs Commissioner.

Officer of the Court.

The lawyer practises law as an officer of the Court. The lawyer’s role is both to uphold the rule of law and serve the community in the administration of justice.”

These are the opening words of the Statement of Ethics proclaimed by the Council of the Law Society of New South Wales on 20 November 1994. (pdf)


Did the young and naive lawyer, Ms Gillard, an officer of the court, mislead the WA Corporate Affairs Commissioner by writing that the association was for workplace reform when she knew that it was a slush fund? 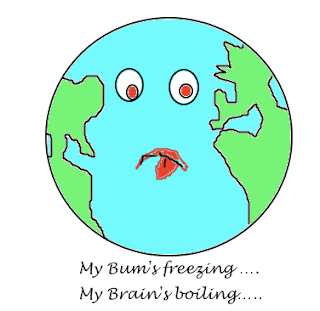