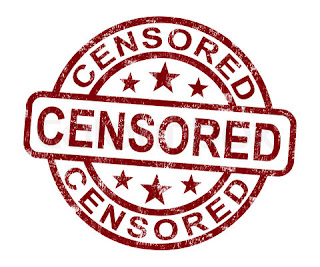 Censorship: the usual Brown crap.
by Anthony Cox
H/T to Bob Cormack for his observations about the Essenhigh and Cawley papers mentioned in the article.

I placed the following comment at the conversation in response to a typical article by Michael Brown:

Brown is a particularly arrogant and condescending advocate of the lie of AGW; he takes a dim view of ‘underlings’ and those who he considers his inferiors having a say about the despicable lie of AGW. He has had a hand in censoring me before:

Anyway here is the comment which was removed from Brown’s article; I can only assume it was at Brown’s request since there seems to be no other reason for it being removed, at least by the site’s own “community standards”:

The dominant issue remaining is whether human emissions of CO2, ACO2, are the primary or only cause for the increase in atmospheric concentrations of CO2, or whether natural emissions are.

The issue is complex because there is a bulk and flux component.

The bulk component, the change in the atmospheric CO2 concentration, was looked at in Knoor's paper.

The Knoor paper is here:

Knoor found the airborne fraction of ACO2 has not changed in 150 years. That must mean that non-ACO2 emissions are contributing to the increase in the bulk CO2 concentration.

Knoor has been supported by the Gloor et al paper:

The other part of the issue of whether ACO2 is contributing to all of the increase in CO2 levels is based on the annual fluxes.
The annual fluxes are shown by Figure 7.3 of AR4:

DOE shows that approximately 98.5% of the total flux is reabsorbed in sinks, predominantly natural although cropping would add a miniscule amount.

If one assumes that the same proportion of ACO2 of the total flux is NOT reabsorbed but adds to the bulk atmospheric concentration the simple formula of how much ACO2 adds to the atmospheric increase would be annually:

But this is what caught Alan Jones out; it does so because it confuses the residence time of a molecule of ACO2 and the time required for the atmosphere to adjust to the ACO2 emissions adding to the atmospheric bulk.

The Essenhigh paper is here:

Effectively, this means that while one ACO2 molecule does not remain long the effect of all the ACO2 on the atmospheric bulk is long-lasting and therefore supports the idea that ACO2 is the main reason for the increase in CO2.

However, Essenhigh uses a "one box" model in which flux from the atmosphere has a linear relationship with the concentration [bulk] of CO2. Essenhigh expresses this as:

This assumption by Cawley contradicts Henrys Law and would mean that when there is zero CO2 in the atmospher (C=0) there would still be a finite flux (f0) of CO2 from the atmosphere!

This comment is obviously relevant to Brown’s topic and raises what is the biggest straw man of all: that the CO2 which is blamed for AGW may in fact not be coming from human emissions.

This basic concept is the Achilles heel of the AGW lie; with the rest of the AGW ‘science’ in tatters the allegation that ACO2 is responsible for the increase in CO2 is all the AGW believers have left.

Whoever censored my comment, Brown, or some other propagandist, is smart enough to know this and obviously wants no discussion about it to occur.