"President Obama has thus far failed to use the bully pulpit to make the case for bold action on climate change," Gore wrote in a "Rolling Stone" article published online. (Link)

Now that POTUS Obama has been re-elected, Gore is strenuously advocating a carbon dioxide tax.

Few people have been as vocal about the urgency of global warming and the need to reinvent the way the world produces and consumes energy as Mr Gore.

How does this convert in billions?

The deal appeared to pay off in a big way last week, when the Energy Department announced $3.4 billion in smart grid grants, the New York Times reports. Of the total, more than $560 million went to utilities with which Silver Spring has contracts.

The move means that venture capital company Kleiner Perkins and its partners, including Mr Gore, could recoup their investment many times over in coming years. 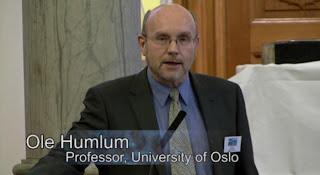