Is dangerous AGW caused by humanity's carbon dioxide emissions? NO! 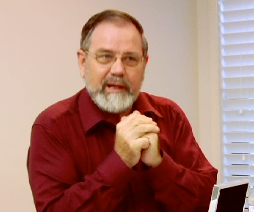 My Friend Tom Harris, the Executive Director of the International Climate Science Coalition,  has posted a short video of our own "dragon slayer," Professor Bob Carter:  Video HERE.

The question should be:


"Is dangerous Global Warming Happening? And is it driven by Human Carbon Dioxide Emissions?" 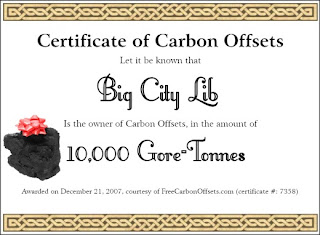 Worse than a bouncing cheque (US-Check) we have Czechs frauding the Carbon Credits trading.

Prague, Oct 23 (CTK) - The Czech anti-corruption police have accused two men of 378 million crowns worth of tax evasion linked to carbon credits trade, for which they would face up to ten years in prison, if convicted, the police spokesman Jaroslav Ibehej writes on their website.

The two say they bought carbon credits on behalf of a company from two Czech firms in 2010 and subsequently sold them to another company.

However, they in fact did not buy them in the Czech Republic but from a foreign company for a price not including VAT. They eventually paid the tax on the sum corresponding to the difference between the price for the fictitious purchase in the Czech Republic and the subsequent selling price, i.e. not for the really completed deal.


One U.S. dollar is worth 19 Czech crowns (CZK) so the amount these two men earned was nice, $20 million. Some real estate worth half a million dollars was already blocked.

The men face up to 10 years in prison. However, due to the messiness and irrationality of this "carbon market", there may exist lots of people with similar nice profits who will never be caught.


The European Union (EU) Emission Trading System (ETS) has been the victim of fraudulent traders in the past 18 months. This resulted in losses of approximately 5 billion euros for several national tax revenues. It is estimated that in some countries, up to 90% of the whole market volume was caused by fraudulent activities.

Indications of suspicious trading activities were noted in late 2008, when several market platforms saw an unprecedented increase in the trade volume of European Unit Allowances (EUAs). Market volume peaked in May 2009, with several hundred million EUAs traded in e.g. in France and Denmark. At that time the market price of 1 EUA, which equals 1 ton of carbon dioxide, was around EUR 12.5.


Dosanjh and his two friends Ranjot Singh Chahal, 35, and Navdeep Singh Gill, 31, made millions running a series of bogus companies importing high-value carbon credits free of VAT into the UK.
EU emission allowances are known as carbon credits and are certificates which can be bought and sold representing the right to emit carbon dioxide into the atmosphere. They were created as part of national and international attempts to reduce greenhouse gases.

The gang exploited UK VAT laws and sold these carbon credits on to legitimate companies, charging VAT which was never paid back to the government.


Without the Government's senior law officer's immediate legal opinion, they warned, Britain faced being scammed out of £2bn.

Baroness Scotland was roused from her sickbed and confirmed that the trade minister, Stephen Timms, had the power to zero-rate VAT. Within 48 hours, investigators had blocked a loophole in a scheme set up with the laudable aim of combating climate change. Shrewd criminals were exploiting that loophole to rob the Exchequer of up to £1m a week.

At least this scam was cut off before it was executed.

Carbon credits are certificates bought by firms to offset ­pollution and they are traded on international markets.

They are also being sold by conmen who exploit the fact that they're trendy, green - and hard to understand.

Bob Wright of Lincoln was persuaded by London Carbon Credit Company to invest £5,000 in one lot of so-called "voluntary emission reduction" credits and £2,900 in a second lot.

But now London Carbon Credit's phones and emails are not being answered and its prestigious address in Hanover Square, Central London, turns out to be just a virtual office.


"I have tried in vain to get my money back since the end of April and now it looks like they may have disappeared," Mr Wright said.


A global attempt to arrest climate change by providing firms with incentives to invest in green technology is being manipulated in India for profit. Instead of reducing carbon emissions, the Clean Development Mechanism, or CDM, has helped firms, mostly private corporations, raise huge sums virtually out of thin air.

Worse, as this three-part series will show, the manipulation and subsequent failure of CDM in India may have led to thousands of tonnes of greenhouse gases (GHGs) being released into the atmosphere.

DNA has found that several projects in the country that are earning huge sums through the sale of carbon credits are, in fact, ineligible for the CDM scheme. Promoters of these projects have manipulated and backdated documents to meet requirements as prescribed by the CDM executive board.

DO you see a trend here?

Raising Huge Sums virtually out of thin air based on a falsified hypothesis. And Australia's Green Gillard government are backing this hoax.