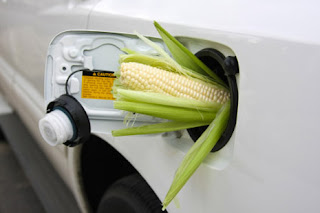 Alan Caruba has a post exposing the scam of turning food crops into fuel. He has published it on his blog Warning Signs. Post is here.


The idea behind ethanol is that it reduces carbon dioxide (CO2) emissions and, in doing so, it saves the Earth from global warming/climate change, but CO2 plays no role in climate change, and shows up well after any increase or decrease of temperatures. Ethanol is bad science. It is bad for the engines of cars that must use such a gasoline blend. It increases the cost of gasoline and all other corn-based products. It actually increases the amount of CO2 in the atmosphere. And it reduces the mileage a car can achieve with pure gasoline.

Wirth's Circus - The man who hangs himself. 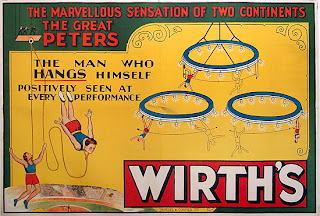 For years, Wirth's circus was an institution in Australia.

At one stage they had an act dubbed: "The Man who hangs himself."

At the beginning of the man-made global warming hoax former US Senator Timothy Wirth was one of the main pushers. In 1993 he was quoted,in Science Under Siege (by Michael Fumento), as saying (see Dumb Quotes)

Could it be that he is related to  "The Man who hangs himself" in the other Wirth's Circus?

In an interview with Frontline in 2007 (Link), he made some more "Hang Yourself" revelations.  At then-Senator Al Gore’s Science, Technology and Space committee hearings in 1988:


We had introduced a major piece of legislation. Amazingly enough, it was an 18-part climate change bill...

and they tried some circus trickery to try to drive home their point.


Believe it or not, we called the Weather Bureau and found out what historically was the hottest day of the summer. Well, it was June 6 or June 9 or whatever it was, so we scheduled the hearing that day, and bingo: It was the hottest day on record in Washington, or close to it. It was stiflingly hot that summer. [At] the same time you had this drought all across the country, so the linkage between the Hansen hearing and the drought became very intense.


... What we did it was went in the night before and opened all the windows, I will admit, right? So that the air conditioning wasn't working inside the room and so when the, when the hearing occurred there was not only bliss, which is television cameras in double figures, but it was really hot. ...

So Hansen's giving this testimony, you've got these television cameras back there heating up the room, and the air conditioning in the room didn't appear to work. So it was sort of a perfect collection of events that happened that day, with the wonderful Jim Hansen, who was wiping his brow at the witness table and giving this remarkable testimony....

Of course, after this we have had the falsification of the man made global warming hypothesis and the revelations from the ClimateGate emails that data was being corrupted and that the alarmist scientists want to "hide the decline." We have scientific data to show that previous warm periods (Egyptian, Minoan, Roman, Medieval) have been warmer that the late 20th century warming. We have papers published every week that show the IPCC to be wrong.

Send in the clowns!