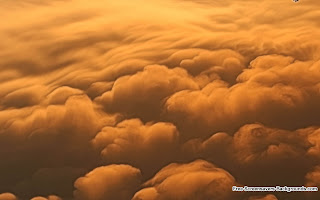 See Previous posts on this blog, but here are a few more:

A paper published today in The Journal of Climate uses a combination of two modelling techniques to find that negative feedback from clouds could result in "a 2.3-4.5% increase in [model projected] cloudiness" over the next century, and that "subtropical stratocumulus [clouds] may damp global warming in a way not captured by the [Global Climate Models] studied." This strong negative feedback from clouds could alone negate the 3C alleged anthropogenic warming projected by the IPCC.

2: New paper finds Earth's highest recorded temperature was in 1913 instead of 1922

According to a paper published today in the Bulletin of the American Meteorological Society, the world record highest temperature extreme of 56.7°C (134°F) was actually during 1913 in Death Valley, CA, rather than in 1922 in Libya. Paradoxically, both recordings occurred when CO2 was "safe."

Given (their)  findings, for this particular portion of the planet, it should be very clear that relative coolness, as opposed to relative warmth, typically leads to more extreme storms, which is just the opposite of what the world's climate alarmists continue to contend.

A new paper in early on-line release by the Journal of Climate:

A recent paper in the Journal of Climate finds that most climate models erroneously predict that Antarctic sea ice extent decreased over the past 30 years, which "differs markedly from that observed."  As noted in the abstract, Antarctic sea ice has confounded the models by instead increasing over the satellite era. In fact, it is currently at a record extent that is more than 2 standard deviations above the 1979-2000 average. The authors lament, "The negative [Antarctic sea ice] trends in most of the model runs over 1979 - 2005 are a continuation of an earlier decline, suggesting that the processes responsible for the observed increase over the last 30 years are not being simulated correctly."

We examine the annual cycle and trends in Antarctic sea ice extent (SIE) for 18 Coupled Model Intercomparison Project 5 models that were run with historical forcing for the 1850s to 2005. Many of the models have an annual SIE cycle that differs markedly from that observed over the last 30 years. The majority of models have too small a SIE at the minimum in February, while several of the models have less than two thirds of the observed SIE at the September maximum. In contrast to the satellite data, which exhibits a slight increase in SIE, the mean SIE of the models over 1979 - 2005 shows a decrease in each month, with the greatest multi-model mean percentage monthly decline of 13.6% dec-1 in February and the greatest absolute loss of ice of -0.40 × 106 km2 dec-1 in September. The models have very large differences in SIE over 1860 – 2005. Most of the control runs have statistically significant trends in SIE over their full time span and all the models have a negative trend in SIE since the mid-Nineteenth Century. The negative SIE trends in most of the model runs over 1979 - 2005 are a continuation of an earlier decline, suggesting that the processes responsible for the observed increase over the last 30 years are not being simulated correctly.

Yet another paper - MWP warmer than current warming!

A new peer reviewed paper published in Quaternary Science Reviews 41 (Link) is yet another nail in the MBH98 HockeyStick's coffin. The authors Larocque-Tobler et al found that the Medieval Warm Period - or as they refer to it - the 'Medieval Climate Anomaly' (MCA) was warmer than the temperatures in the  last century.

What was learned
The six scientists' work revealed that the peak warmth of the MCA just prior to AD 1200 was approximately 0.9°C greater than the peak warmth near the end of their record, as best we can determine from the graph of their data.

What it means
As more and more palaeo-temperature data are acquired, the IPCC-endorsed "hockeystick" temperature record of Mann et al. (1999) - which gives little indication of the existence of the MCA and shows recent temperatures towering over those of that earlier time period - is fading slowly into the night, as it is repudiated by ever more real-world data. And it's not just the most recent data of Larocque-Tobler et al. that refute the IPCC's view of this matter; for the group of six says that their newest temperature history is "mirrored by the chironomid reconstruction from Silvaplana and the Greater Alpine Region composite of reconstructions." And they add that "several other reconstructions from the Northern Hemisphere also show [recent] warm inferred temperatures that were not as warm as the MCA."

CO2 Science adds:
In addition, and it's a big addition, we note that many more palaeoclimatic studies from all around the world - which are described and have their results tabulated in our Medieval Warm Period Project - likewise testify to the greater-than-current peak-warmth of the MCA.