Man Made Climate Change - Crime of the Century? 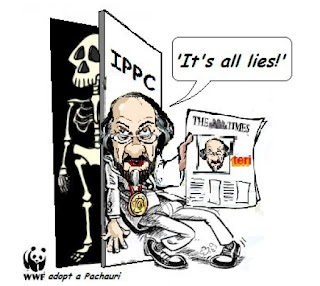 Dr Mark W. Hendrickson writing for Forbes.com (Link) has described the (man made) Climate Change Hoax as criminal and potentially the crime of the century.

He introduces his article by pointing out that certain parts of the United States had a warm summer.


John Coleman, the founder of The Weather Channel, and various other critics have called the theory that human use of carbon-based fossil fuels will lead to catastrophic global warming or climate change a “hoax.” It is, but it’s more than that, it’s criminal.

Dr Hendrickson then details the core scientific questions:
IS the Climate Changing?
As discussed previously by this blog,  the climate has always changed.

IS the Earth getting Warmer? Dr Hendrickson writes:


We should hope so for at least two reasons: First, the world emerged from the Little Ice Age in the 19th century, so it would be worrisome if it weren’t getting warmer.  Second, all the history indicates that humans thrive more during warmer periods than colder ones.

He then discusses whether the official records are correct and the effect of urban heat islands.


The most accurate measures of temperature come from satellites. Since the start of these measurements in 1979, they show minor fluctuations and an insignificant net change in global temperature.

IS the earth getting dangerously warm?

Probably not, since the earth was warmer than it is now in 7000 of the last 10,000 years. By the way, does anybody know what the “right” amount of global heat is?

Are we humans causing the warming by our carbon emissions?

Actually, most of the “greenhouse effect” is due to water vapor, which makes one wonder why the EPA hasn’t designated H2O a harmful pollutant that they must regulate.

Who would lose if governments gain the power to order a significant reduction in CO2 emissions?

Around the world, millions of people at the margins of survival would die. It would be a dispersed holocaust. Millions of others would suffer unnecessary impoverishment and deprivation. Even in wealthier countries, people who are affluent enough to afford the monetary costs could find their lives heavily regimented by government bureaucrats monitoring and limiting how many miles they may travel and what activities they may undertake.
This is the ugly truth about what potentially could be the crime of the century.