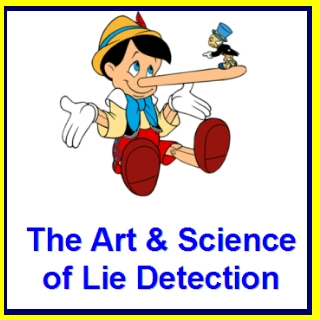 Numberwatch.co.uk/ have published a piece by John Brignell called:    How we know they know they are lying.

It is to some extent forgivable when people adopt extreme positions out of misapprehension or delusion. It is quite another matter if they mislead others by deliberate falsehood. Politicians, of course, treat the lie as part of their professional equipment.

In other times, patronage of the sciences was either by the rich or the church. We are now in a different era.

The modern patrons, however, are bureaucrats who use the money of others; to whit, taxpayers. Their science is not the science of recent tradition, but a whole new ball game.

There are major differences between real science and bureaucratic science (BS).

Real science involves living with the prospect of failure. In BS, failure is not allowed.

We can identify the “scientists” who habitually lie by the fact that they produce, on time, results that are never unexpected and always conform to the establishment-sponsored theory.

Real science is never that predictable.

The writer then makes an Icarus like parable of flying to close to the sun and falling to Earth.


In the case of the notorious Hockey Stick, for example, they claimed that knowledge from history, art, literature, archaeology etc. was all wrong and that their computer manipulation of such tenuous data as tree rings established that the Little Ice Age and the Mediaeval Warm Period never happened.

The most powerful patrons of all, the UN, seized on the results and made them the main feature of one of their apocalyptic IPCC reports on the coming climate disaster.

Brignell asks whether the "Hockey-Stick" results can be reproduced.


Anyway, to cut a long story short, thanks largely to the untiring persistence of two Canadians, the Hockey Stick was broken.

The critics were subjected to a torrent of vilification and derision, but eventually after a review by the highest statistical authority in the USA , they were vindicated.

The UN simply dropped the Hockey Stick as though it had never happened and carried on with other forms of propaganda.


Later in the essay, the writer says of contemporary science.


It is a political word, not a scientific one.  As for the accompanying slogan "The science is settled", if it is settled it is not science and if it is science it is not settled.