As reported by Anthony Watts' WUWT:

The results of ICEsat measurements are in for Antarctica, and it seems those claims of ice mass loss in Antarctica have melted now that a continent wide tally has been made. This was presented in the SCAR ISMASS Workshop in Portland, OR, July 14, 2012 and was added to NASA’s Technical Reports server on September 7th, 2012.

In this 186-paragraph decision, High Court judge Geoffrey Venning rejected all grounds for the Trust’s case, noting along the way that the High Court is not competent to rule on questions of science. (link)  Justice Venning saw no reason to review the science – he found the appellant’s arguments inadequate or false. (link) The New Zealand Herald in this report incorrectly stated -


The NZ Climate Science Coalition is made up of people who are sceptical about global warming...


But Niwa's lawyer, Justin Smith said court was not the place to test whether Niwa's temperature data was invalid.


Why did the skeptics lose? According to the news report, it was not because NIWA provided good answers, or found the missing data, but because the skeptics didn’t have “authority” to question it.

Whenever NIWA claim the court supports them, reply by pointing to this graph: 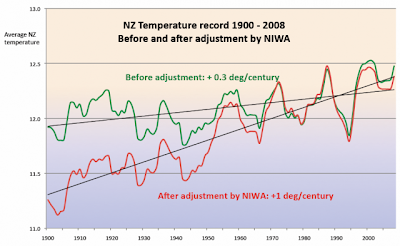 The CDM allows developing countries to earn credits from measures to reduce greenhouse gas emissions. They can then sell the credits to rich nations seeking to meet emissions reduction targets.

But prices for climate credits have dropped recently because of uncertainty about countries' commitments to future emissions reduction.

Well, The NZCSC might have has a technical loss with a NZ High Court claiming incompetence, however, NZ's native people, the Maoris have thrown a spanner into the Wind Turbine works. 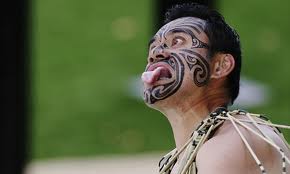 Power from the wind god

Maoris in New Zealand are claiming rights over the wind which is a Maori deity and say that it should not be used without Maori consent. Of course this is completely silly as everyone knows Gaia is in charge of the wind and this claim could give rise to a major demarcation dispute between deities with the Sun God already upset over  scientist's denial of his effect on the world's climate.The Global Warming Church has made a statement on the crisis saying "it is much worse than we thought" .

A Maori claim for the use of wind will stretch non-Maori good will to breaking point, ACT leader John Banks says.
Ngapuhi elder David Rankin represents a group of hapu which plans to take a claim to the Waitangi Tribunal.

It wants a pan-tribal body to manage shares in commercial wind-generated electricity, and to hold a casting vote on where wind turbines can be located.

"It was convenient with the new environmental paradigm and attribution of all change to humans to claim global warming causing melting [sea] ice was killing the polar bears. It was wrong and policy based on it is unnecessary and unjustified. The Inuit are victims of what Paul Driessen wrote about in his book EcoImperialism, the forceful imposition of western environmental values on other cultures, usually to their detriment.

"Polar bears have successfully adapted to nature for eons before civilization began. That must be the basis for policy, not data severely limited and distorted by emotional, anthropomorphic, political agendas presented under the guise of the precautionary principle."