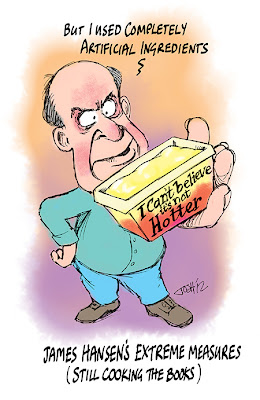 You couldn't make it up, oh hang on, he just did.

The Sun is the fundamental energy sources of the Earth's climate 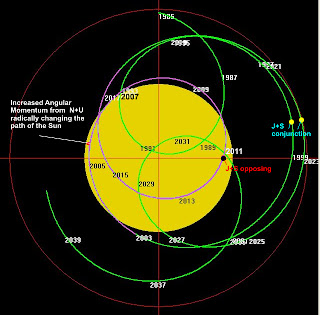 As reported by The Hockey Schtick: (Link)

A paper published today in the Journal of Atmospheric and Solar-Terrestrial Physics finds the ice winter severity index over the past 600 years in the Baltic Sea [located a few degrees south of the Arctic circle] is "strongly modulated" by solar activity over periods as short as one decade. The authors also found that the 180 year cycle of the Barycenter modulates solar activity and the ice winter severity index.


I found this paper’s abstract most interesting and decided to do a little research on the Barycenter and were we are today in the cycle and where it was during the Maunder Minimum.

Playing in the Cubbie House

The politico kids are squabbling in the Cubbie House. 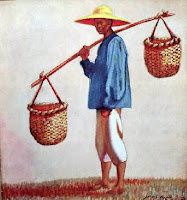 
If Swan had gone down the path of populism so often trodden by Senator Joyce he would have rejected the FIRB's recommendation.

This is the Trade Minister? If Shandong Ruyi, basically a Chinese Government-owned company, takes over Cubbie, there will be no trade of the cotton. It will be shipped off-shore to make suits for the increasing Chinese middle class (is Chinese middle class a conflict in terms?)

There will be no Australian Trade with Cubbie's cotton. As Barnaby Joyce says: "It's a loss of 13 per cent of our nation's cotton crop."


FEDERAL Treasurer Wayne Swan stands by his decision to sell Australia's largest cotton farm to a Chinese-dominated consortium, saying jobs would have been lost without this investment.

Is Wayne selling Cubbie? (Perhaps that should read -"Swan stands by his decision to allow the sale of ...)

If jobs are saved, that's a small plus. However, he could save many more jobs by reverse his insane decision to introduce the (hysterically inaccurate - link) notion of a carbon tax. Or the MRRT. Even if the jobs at Cubbie  are not taken by Chinese coolies, he has lost 1000 Fortesque jobs in mining. (Link)


"While capital flow is welcomed, the treasurer must explain how a purchase of this scale will not compromise market competition or pricing for Australian cotton, with Cubbie representing around 10 per cent of our national cotton crop."

If all that cotton goes offshore, there is less local cotton for Australians, and the local price should rise. Is that in the National interest?

And if, the cotton goes from a Chinese Australian farm to China for Chinese consumption, there is no local income tax on the  "sale" of the cotton. Is that in the National Interest?


"I speak on the foreign investment policy of the Coalition. We support the Foreign Investment Review Board.''

Foreign Investment is good for Australia if it develops the country and its assets. However a sale of a local company, which should, in principle, pay tax to the coffers, to an overseas conglomerate that will not pay any tax to Australia can not be in the National Interest and certainly does not develop the country.


"It's not just Barnaby Joyce. It's the majority of the National Party."

Wayne Swan and the FIRB should let the Australian populace know how the sale of
is in Australia's best Interest.
Posted by Geoff on September 09, 2012 1 comment:

Some extracts from "The Boy who cried Global Warming":

We have the alarmists acting as if they are the accepted science and define those of us who are skeptical as deniers….and we’re supposed to prove that a non accepted scientific position Anthropogenic global warming is the accepted truth and it’s not.

Voice-over: The polar bear represents the canary in the coal mine. By studying the population that world should be able to see a decrease in bear numbers….If the example of the polar bear has been misrepresented, what other claims are inaccurate?

Well, in the IPCC there is a consensus that’s pre-ordained because of the selection of people that are on the commission....

The Boy Who Cried Warming (Documentary) from Pete Garcia II on Vimeo.