Some CORN from the USA 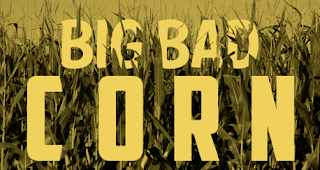 Peter Lilley writing in the  Australian (Link) reveals a secret that we knew already. The UK Stern review, on which was based Australia's Garnaut review were fundamentally flawed.


When challenged, the government bases its claim that the benefits to the world exceed the costs to British taxpayers on the Stern review on The Economics of Climate Change -- on which Australia's Garnaut review was modelled.

Yet the Stern review has now been shown to be fundamentally flawed -- leaving all three parties that have defended this policy with a huge dilemma.

Their defence of climate change policy rests on two pillars -- scientific and economic.

Mr Lilley says that he accepts the"science," but he concentrates on the economic questions.

NCTCS does not accept the science of the IPCC. CO2 LAGS Temperature, therefore CO2 cannot the cause. (See eg graph above and post Carbon is innocent.)

The economic pillar was always far flimsier since it relied on Stern -- a government economist, commissioned by the government, who produced the answer the government needed. Moreover, Stern's key conclusion -- that the benefits of reducing emissions would be five to 20 times the cost -- flatly contradicts the IPCC, which concluded: "costs and benefits are broadly comparable in magnitude" so it could not establish "an emissions pathway or stabilisation level where benefits exceed costs". Most environmental economists whose work Stern supposedly reviewed reached conclusions closer to the IPCC.

Nonetheless, Labour ministers and their Conservative/Lib Dem successors cling with increasing desperation to Stern: albeit like the proverbial drunk -- more for support than illumination.

To provide that illumination I have undertaken a detailed study -- What is Wrong with Stern? The Failings of the Stern Review -- published today by the Global Warming Policy Foundation. (GWPF)

The new study shows the Stern Review to depend critically on “selective choice of facts, unusual economic assumptions and a propagandist narrative – which would never have passed peer review”.

Describing it as “policy based evidence”, Peter Lilley argues the government can no longer rely on it to justify expenditure of many billions of pounds and calls for a return return instead to “evidence based policies”.

Stern’s central conclusion that “If we don’t act, the overall costs and risks of climate change will be equivalent to losing at least 5% of global GDP each year now and forever” whereas “the costs of action – reducing greenhouse gas emissions to avoid the worst impacts of climate change – can be limited to around 1% of GDP each year” is found to be entirely fallacious.

Lilley’s study demonstrates that the benefits of curbing emissions now and henceforth will not be five times the cost of action, as Stern claims. “It is achieved by verbal virtuosity combined with statistical sophistry. In fact, even on Stern’s figures, the cumulative costs of reducing greenhouse gases will exceed the benefits until beyond 2100″, Lilley points out.

“If we continue to follow Stern’s advice, the principal losers, apart from British taxpayers and businesses, would be developing countries who cannot raise living standards without massively increasing their use of fossil fuels and will therefore be responsible for most of the growth of carbon emissions,” Lilley argues.


When you see wind farms covering every hill and mountain and most of the valleys too, you can blame Stern. If you can't pay your heating bills, ask Stern why this has happened. When children are indoctrinated and dissenting voices crushed, it is at Nicholas Stern that you should point an accusing finger. When the lights start to go out in a few years time, it's Stern who will have to explain why.

When Australia's electricity fails due to the closing of cheap coal fired power stations closing down, point the finger at the Green Gillard Government.

Acclimation of a Cold-Water Coral to Ocean Acidification


Background
The authors write that "ocean acidification, often termed 'the evil twin of global warming,' is caused when the CO2 emitted by human activity dissolves into the oceans," while adding that a major gap in our understanding of the impacts of ocean acidification on life in the sea is our lack of information on "the potential of marine organisms to acclimate and adapt to increasing seawater acidity," noting further, in this regard, that our present understanding of the impacts of ocean acidification on marine life "relies heavily on results from short-term CO2 perturbation studies." Thus, they proceeded to conduct an experiment that they designed to help fill this important knowledge void.


What was learned
The two German researchers found that "short-term (1-week) high CO2 exposure resulted in a decline of calcification by 26-29% for a pH decrease of 0.1 unit and net dissolution of calcium carbonate." In contrast, however, they discovered that "L. pertusa was capable to acclimate to acidified conditions in long-term (6 months) incubations, leading to even slightly enhanced rates of calcification." And they add that in the long-term low-pH treatment, "net growth is sustained even in waters sub-saturated with respect to aragonite."

What it means
In light of the fact that the studied corals were able to acclimate to high-CO2 conditions over but half a year, think of what they could do in the way of evolving over the much longer period of time that would be required to boost earth's atmospheric CO2 concentration to an equivalent level.

Background
The authors write that "tropical coral reefs are currently under threat by a variety of regional and global stressors," with examples of the former being "land runoff and overfishing (e.g., Pandolfi et al., 2003; Fabricius, 2005)," while examples of the latter are "sea temperature increase and ocean acidification (Hoegh-Guldberg et al., 2007; Fabricius et al., 2011)." So which set of stressors is the most significant or bigger threat?

What it means
In concluding their report, Uthicke et al. write that they found support for the likelihood that "increased land runoff since the start of land clearing and agriculture in the catchment of the Whitsunday Region of the GBR has left a signature in the foraminiferal assemblages of inner and intermediate areas of the study area," when previously the assemblages of these areas had been "persistent for at least several thousand years." In addition, and based on the fact that "no changes were observed on outer reefs located away from land runoff," they propose that "changes observed on inner and intermediate reefs were mainly driven by enhanced agricultural runoff after European settlement." And topping off everything else, they affirm that "the hypothesis that global forcing, such as sea temperature increase or ocean acidification, altered the foraminiferal community found little support." In fact, it found none.