The Liberals seem to have done a big about-face. Liberal leader, Tony Abbott once was quoted as saying that "Climate change is crap." (link)

There is a lot of confusion about "Climate Change." As has been discussed before, the Alarmists have caused the confusion. What the Alarmists originally called Anthropogenic (or man-made) Global Warming (AGW)  when the warming slowed and stopped, morphed into "man-made climate change."

Then somehow the "man-made" descriptor disappeared and now the talk is only of climate change.

And that is the confusion.

Here is an extract (link)

HUGH RIMINTON: Thank you very much. Now, let’s just make one thing clear. The latest science – science continues to come in on climate change – how are you reading the latest climate change science.

GREG HUNT: My view and our view hasn’t changed. I believe that it is real and significant, but we have to be cautious not to attribute every event – as some do. It's a long-term process, I believe that the science is real, the challenge is real, but we have to put it in perspective of - we take practical steps that accord with what the rest of the world is doing.


GREG HUNT: For more than 20 years I have said, and I continue to believe, that climate change is real......

HUGH RIMINTON: Is it confusing.....

Greg Hunt's remarks follow on from his recent declaration of support for the Kyoto 2 protocol. (link)


THE Coalition has declared its support for Australia's involvement in a second round of the Kyoto protocol climate pact - a pledge that goes even further than the Gillard government's present stance.

Despite past resistance to Kyoto under John Howard, the Coalition's climate action spokesman, Greg Hunt, has given ''in principle support'' to Australia's involvement in a second round of the Kyoto deal, after the first round expires in December.

It is a little hard to know if Mr Abbott still believes that man-made global warming is a hoax and is pandering to warmist elements in his party or has he has turned his back on the true science of climate change, not the pseudo-science of the ClimateGate CRU.

The NO CARBON TAX Climate Sceptics party have not been taken in by the falsified hypothesis of man-made global warming.

Two opinion pieces today - Terry McCrann talks of Insanity in Oz whilst Alan Caruba talks of Morons in the US. 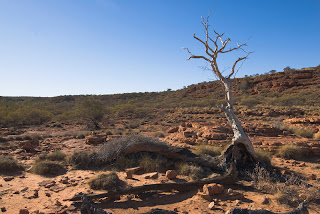 IT'S a challenge to decide which was more inane and utterly delinked from reality. The decision to tie our carbon-constrained future to the old dead tree of Europe, in historian Manning Clark's iconic phrase. Or the detailed analysis of what would be the consequences.

Certainly, there's an appropriateness in both the phrase and its use in this context.

If linking to this old dead tree is, in any way and in any context, "the answer", I would dread to know what was the question.

Europe's -- despite the claims of Climate Change Minister Greg Combet -- lonely and largely only attempted assault on the production of tree food, almost announces its determination not to be the contrasting alternative proffered by Clark: the young tree green. Unlike old dead trees, they need carbon dioxide. 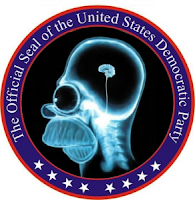 We now know the theme of Barack Obama’s campaign in the remaining weeks before the November 6 election.

In an interview with the Associated Press last week he said that Mitt Romney holds “extreme positions.” This is in line with the immediate Democratic Party attack launched against Paul Ryan as a “radical.”

The sad part of this is that people who will vote for Obama still believe what he says.


I could go on, but it is a very long list of things Democrats and liberals apparently either do not know or prefer to ignore.

Voters for Obama will ignore the fact that Obama is “transforming” America into the equivalent of Greece and taking the nation over a fiscal cliff. 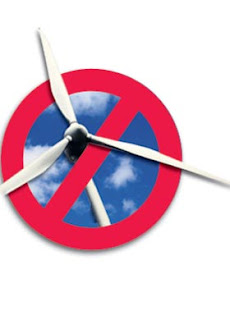 You heard it hear third.

Pierre Gosselin on his NoTricksZone reports an item on the website of Veteran German journalist Ulli Kulke - Never Say “Like Never Before."


“Is the ice melt at the North Pole really unprecendented? There are indications that show otherwise.”

Kulke labels claims of Arctic ice melt reaching “unprecedented” levels “gross nonsense” and reminds us that “during changeovers between warm and cold periods there have been already completely ice-free Arctics on multiple occasions.”

Kulke also quotes Alfred Wegener Institute (AWI) physicist Rüdiger Gerdes (in Bremerhaven, Germany) who says the high Arctic temperatures are not only because of man-made greenhouse gases, but also because of natural periodic fluctuations with a rhythm of 60 to 70 years.

Kulke explains, citing NSIDC Director Mark Serreze, “…the summer of 2012 was not especially warm at the higher latitudes” and that the sea ice development was unusual this year. Kulke writes that in March 2012, sea ice area was greater than at any time in the last 5 years and ice melt proceeded normally during almost the entire melt season until early August when a huge storm caused the sea ice area curve to turn sharply downwards to a level never seen – in at least 30 years, that is.