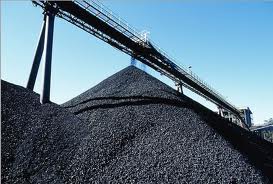 
In question time, Gillard taunted Abbott for apparently not reading the BHP Billiton briefing document about the decision to mothball a $30 billion expansion to its Olympic Dam mine, before he did a television interview.

If Abbott had read it, he would have found that the company boss Marius Kloppers contradicted Abbott's assertions that the carbon and mining taxes were responsible for the decision.

The Olympic Dam Mine is a copper, uranium and gold mine.  Chief executive Jason Kuchel said that  it "reflected the rising costs of mining in Australia and showed the federal government needed to take urgent action to ensure the continued growth of the sector."


"The announcement sends a very clear message to the federal government - that the mining industry cannot be taken for granted and treated as a cash cow," he said.

Does a cash cow equal taxes?


BHP Billiton head Marius Kloppers has told European investors that Australia's carbon and mining taxes have helped to render the nation's coal industry unworthy of further investment at this time.

Despite reassuring Australians that the taxes were not to blame for BHP's mothballing of the $US30 billion Olympic Dam expansion, Mr Kloppers referred to both when telling British media that new investments in Australia's coal sector would not be profitable.

Perhaps Mr Kloppers is wary due to the penalties for mentioning the carbon dioxide tax.


“The ACCC’s role in relation to carbon pricing is the same here as in any other area – to make sure consumers are not misled. Claims used must be truthful and have a reasonable basis.

“The ACCC wants to ensure that consumers are not duped into accepting a price increase for a product or service because of the carbon price, when the carbon price is not the cause or the only cause.”

If a business is in breach the ACCC has various causes of action available to it including writing to the businesses, issuing an infringement notice $6,600 for an individual and $66,000 for a company or taking court action which can result in a fine of $1.1 million at the judge's discretion in cases of serious conduct.