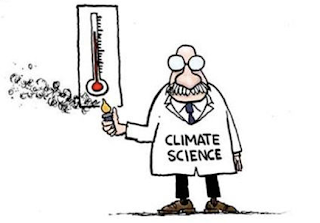 “Daily Mean Temperature” from meteorological weather stations is the basis for the compilation known as the Global Mean Temperature Anomaly Record, which is currently regarded as one of the means of assessing the mean temperature trend of the earth’s surface1.

For most of the measurement period since 1850 the only daily measurements of local temperature were the daily maximum and the daily minimum.. There are no published figures for an average temperature for any location on the earth’s surface, despite the current availability of continuous measurement devices.

The Table below shows the hourly average and the Maximum/Minimum average for each station for both days. The averages for all 24 stations are shown, and in addition, the averages for the “Seven Station Series3” which is used by NIWA as a substitute for an overall average for New Zealand.. . One might note that some of the figures are rounded by the computer calculation.

Since three of the Seven Stations, Masterton, Nelson, and Lincoln did not appear in the 24 station record, the nearest stations, Palmerston North, Blenheim, and Christchurch were used instead for this comparison.

It is not intended to imply that these plots are either representative or typical. At least they are both on a single day and from a climate which does not have the extreme temperatures of the larger continents. All the same, some important conclusions may be made

1.    None of the individual plots gave a symmetrical curve capable of providing a reliable average or an estimate of variability. Several were highly irregular and the fact that they did not end in the place where they began increased the problem

2      The averaged curves for the 24 stations and the seven stations were much closer to a curve that could provide a plausible average.

For the winter series this difference varies from -0.2°C and +1.9ºC for individual plots with an average for the 24 series of +0.9ºC and for the Seven Station Series of +0.6ºC

This small series shows that there can be discrepancies of almost a degree Celsius either way between an average of a maximum and minimum and an hourly average. This suggests that supposed “trends” of a similar order of magnitude over periods   as long as 100 years have a negligible level of statistical significance.