Turning back the votes? 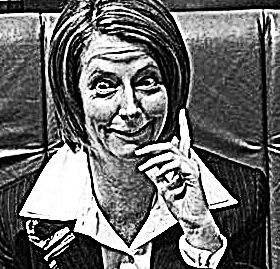 The alarmist charlatans are still at it; jacking up the figures and the alleged threats to humanity. Their
alarmism prompted Senator James Inhofe to pose to the US Senate way back in 2003 (back-up link):


"With all of the hysteria, all of the fear, all of the phony science, could it be that man-made global warming is the greatest hoax ever perpetrated on the American people?"


"There is an idea among the public that the science is settled. [T]hat remains far from the truth."

Nine years have passed and have the alarmists threats materialised?

No, in fact the sceptics like Senator Inhofe have had convincing proof that the AGW hoax is indeed, well, a hoax.

Steven Goddard, on his blog Real Science has three posts (here, here, here) showing graphs that should make everyone aware that man-made global warming is the greatest hoax ever perpetrated on the people of the world?

Is the Greenland Ice sheet melting as reported by the alarmist media?

The Guardian reported - This is the most frightening picture you will ever see.

The Huffington Post - "It's no doubt that the warming of the Arctic and whatever is related to that is responsible at least for triggering the melting mechanism at the beginning of the season and providing enough gas to keep it going."

The Sydney Morning Herald - "The Greenland ice sheet is melting at an ''unprecedented'' rate."


Should we call them the Melt Media Mob? What is causing this alleged melting? Global Warming?

Thanks to Real Science, here is the warming of Greenland. (Link)

Is this rise in Greenland's temperature (of MINUS 1º) causing the seas to rise?

Again from the SMH: Tim Flannery, who sits on the federal government's Coast and Climate Change Council, said he had been struck by the significant effects on inland suburbs from river flooding in all major Australian cities.


Again from the Guardian: Sea Level rise is accelerating three to four times faster along the densely populated east coast of the US than other US coasts.
Shall we call them the Sea Swamp Scribes?
Real Science again alerts us to the rise is sea levels (Link) No rise for the last three years. What happened to the alleged most frightening Greenland melt?