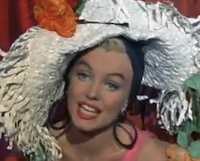 The US is having a heat wave, a tropical heat wave. It has lead the charlatans and alarmists to confuse weather with climate. That resulted in the Detroit Free Press (link) to publish (from the head alarmist):


The relentless, weather-gone-crazy type of heat that has blistered the United States and other parts of the world in recent years is so rare that it can't be anything but man-made global warming, says a new statistical analysis from a top government scientist.

The research by a man often called the "godfather of global warming" says that the likelihood of such temperatures occurring from the 1950s through the 1980s was rarer than 1 in 300. Now, the odds are closer to 1 in 10, according to the study by NASA scientist James Hansen. He says that statistically what's happening is not random or normal, but pure and simple climate change.

To counter that, we read that the Richmond Times Dispatch (Link) published the following letter from Charles Battig, Virginia VA- Scientists and Engineers for Energy and Environment:

For those bemoaning a sweltering summer, be consoled that it is neither unprecedented nor unusual. Hollywood provides historical evidence that the 1930s were a time of "heat waves." For the 1933 musical "As Thousands Cheer," Irving Berlin produced "Heat Wave," and Ethel Merman belted out the lyric, "We're having a heat wave," in the 1938 film "Alexander's Ragtime Band." Marilyn Monroe sang it in the 1954 film "There's No Business Like Show Business."

Scientific confirmation of these heat waves comes from the State Climate Extremes Committee of the National Oceanic and Atmospheric Administration of the U.S. National Climatic Data Center in its latest revamp of historical, statewide weather records. Analysis of data confirms that the 1930s, the Dust Bowl years, produced an unmatched 24 maximum temperature records.

A paper published today in the Bulletin of the American Meteorological Society presents a review of the current state of knowledge regarding extreme weather. The authors, most of whom are from NOAA, find no significant trends in severe thunderstorms, overall ice storms, or change in the percentage of the contiguous US impacted by extreme snowfall. According to the authors, trends in tropical cyclones are controversial and indeterminate, although other authors find global cyclone activity is at a historical low. The authors state, "attribution of trends to anthropogenic forcing [man-made global warming] remains controversial."

Monitoring and Understanding Trends in Extreme Storms: State of Knowledge

Although the "godfather" of Climate Alarmism, James Hansen has said:


"relentless, weather-gone-crazy type of heat that has blistered the United States and other parts of the world,"

it is interesting that, as Real Science reports,


Its Official – Fewest US Fires In At Least A Decade