The more the public grows skeptical of the global warming hoax, the more desperate the charlatans behind it become.
There is no global warming if by that one means a sudden, dramatic increase in the overall temperature of the Earth. It is not, nor ever was, caused by an increase in carbon dioxide (CO2) in the Earth’s atmosphere; currently a miniscule 0.038 percent. Climate science has demonstrated that CO2 increases show up centuries after a major change in the Earth’s temperature, not before.

How many times do we have to say that? Temperature rises before CO2. It was ever thus. See Jo Nova's The 800 year lag - graphed  (LINK).

“It is popular again to claim that extreme events, such as the current central U.S. drought are evidence of human-caused climate change. Actually, the Earth is very large, the weather is very dynamic, and extreme events will continue to occur somewhere, every year, naturally. The recent ‘extremes’ were exceeded in previous decades.”

A reader has pointed out that one of the charlatans, who has a blog dedicated to spreading misinformation about this blog has posted some homophobic remarks that purportedly came from this blog. He has obviously studied at the Peter Glieck school of  forgery and creative blogging. 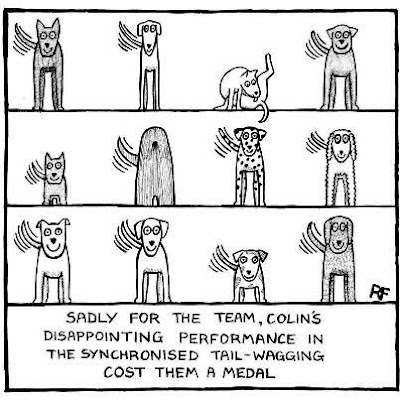