Manne and the ordinary man.

In a recent article Professor Robert Manne has announced the victory of Denialism in the debate over man-made global warming (AGW).

In his article, Manne asserts, vested interests have subverted the general public's understanding and therefore acceptance of the overwhelming evidence for AGW. However the real issue for Manne is one he enunciated in an earlier piece on the re-election of the Howard government. In this article Manne described the "battle" between two classes in Australian society: the "elites" and the "ordinary people".

That class "battle" has continued and intensified in the AGW debate.

Manne now argues that "rational" and "reasonable" people must accept AGW and that the failure of policy to reflect support for AGW is due to a "feebleness of reason". Obviously for Manne rationality and reasonableness are qualities of the elites while the ordinary people are characterised by a "feebleness of reason" which produces the Denialism he denounces so vehemently.

It is this "feebleness of reason" that has led Manne to support the Finkelstein recommendation of greater control over the media because of the media's perceived role in influencing the susceptible minds of the "ordinary people". Unlike the elites, the ordinary people do not have the requisite rational and reasonable qualities to distinguish the truth about AGW from the propaganda.

In this case the truth about AGW is that it is true while anything which suggests otherwise is propaganda.

Manne wheels out the same old shibboleths to support his case that AGW is true. These include the best AGW can offer, Hansen, Schneider, and indeed all climate scientists as asserted by Oreskes.

It never occurs to Manne or any of his fellow prominent elites such as Clive Hamilton that the ordinary people can see that the science of AGW is not settled and arguably disproven and non-existent. The release of emails from the headquarters of climate science, the University of East Anglia, has given the ordinary people entre into the private world of the climate scientists and revealed those scientists to have grave doubts in their private conversations about that settled science.

Those private doubts combined with public declarations of certainty by the climate scientists have more than a touch of hypocrisy about them; as do the actions of elite supporters of AGW. People like Combet, Rudd, Flannery, Blanchett and Gore all have houses by the sea while simultaneously advocating policies about sea level rise which make it harder for ordinary people to enjoy the same privilege. The average person has picked up on this. People become annoyed when they are repeatedly told to cut back and suffer for the planet while the people doing the telling are doing the opposite.

Manne's distinction between the "elite" and "ordinary" citizen is personified in the recent release of two papers dealing with the same topic- the temperature record and how it is compiled.

Drawing inspiration from Manne's article on the triumph of Denialism, Graham Readfearn discusses one of those papers. The lead author of the paper that Readfearn deals with is Professor Richard Muller.

Muller is a poster boy and enfant terrible of AGW. Muller is a classic "elite" in Manne's parlance with a conventionally distinguished academic background. However Muller is especially significant to Readfearn and other pro-AGW commentators because they present Muller as a reformed sceptic; someone who originally doubted but through the application of rationality and reasonableness came to accept the evidence for AGW.

In fact Muller never was a sceptic. Muller said this in 2003:


Let me be clear. My own reading of the literature and study of paleoclimate suggests strongly that carbon dioxide from burning of fossil fuels will prove to be the greatest pollutant of human history. It is likely to have severe and detrimental effects on global climate. I would love to believe that the results of Mann et al. are correct, and that the last few years have been the warmest in a millennium.

These are not the words of a sceptic. Muller's real position is probably summed up by this lecture which was used as an example of Muller's supposed skepticism by such AGW supporters as Andrew Revkin. What Muller's speech shows is that he doesn't doubt AGW but thinks he could do better in proving it than the other pro-AGW scientists, including Michael Mann and his faulty Hockey-stick. This is competitive rivalry not skepticism.

Readfearn has completely missed this point about Muller and proceeds to describe Muller's paper, which is the second of Muller's BEST analyses of the world's land temperatures, as though it were gospel. In the first BEST study completed in 2011 the temperature records of the world land areas over the 20th century were examined and found to be consistent with AGW. In BEST 2 the temperature records back to 1750 were studied and also found to be consistent with AGW, with no other factor including the sun having any major contribution to temperature. In fact, in BEST 2 Muller is even more emphatic in concluding that "Solar variation does not seem to impact the temperature trend".

This is an astounding finding which is contradicted by contrary evidence from NASA scientists that the sun has played a major role in temperature trends, especially at regional levels.

Again, Readfearn has either ignored this crucial fact or not understood it. Readfearn also does not refer to several other disquieting aspects of both the BEST studies.

Firstly, neither BEST 1 nor 2 have been published. In fact the process by which BEST 1 was rejected by peer review should have placed the keen intelligence of AGW supporters on alert. This is what one of the reviewers of BEST 1 says about it:


On March 8 2012 I was asked by JGR to review a revised version of the Wickham et al. Paper [BEST 1]. I submitted my review at the end of March. The authors had made very few changes and had not addressed any of the methodological problems, so I recommended the paper not be published. I do not know what the journal's decision was, but it is 4 months later and I can find no evidence on the BEST website that this or any other BEST project paper has been accepted for publication. [Update July 30: JGR told me, "This paper was rejected and the editor recommended that the author resubmit it as a new paper."]

On July 29 2012 Richard Muller launched another publicity blitz (e.g. here and here) claiming, among other things, that "In our papers we demonstrate that none of these potentially troublesome effects [including those related to urbanization and land surface changes] unduly biased our conclusions." Their failure to provide a proper demonstration of this point had led me to recommend against publishing their paper. This places me in an awkward position since I made an undertaking to JGR to respect the confidentiality of the peer review process, but I have reason to believe Muller et al.'s analysis does not support the conclusions he is now asserting in the press.

Other critiques of the BEST papers note basic flaws in the statistical analysis of the temperature data and the conclusion that Urban Heat Island Effect (UHIE) was not present in the temperature record.
The reason why UHIE was not found in BEST 1 & 2 is because it is deliberately removed by the BEST statistical methodology. As 'ordinary person' and blogger BobC notes:


BEST eliminates UHIE from consideration by the very construction of their "New Mathematical Framework" for analyzing temperature data (Described here in their methodology document "Berkeley Earth Temperature Averaging Process").When you look at equations 1 and 2 (on page 7) of the linked document, you see that the only non stationary effect acknowledged on a temperature series is defined as Global Temperature Change. That is, any effect that doesn't average to zero over a few years is defined as a change in Global Temperature. Since, in the real world, UHIE is non-stationary (populations continue to grow), the "New Mathematical Framework" guarantees that UHIE will be considered to be "Global Warming".

That is not just bad science; it is also the science which Readfearn, as Manne's proxy, uses to prove the quality of the scientific evidence supporting AGW which supposedly only the elite people can appreciate.

The Muller BEST studies of temperature stand in stark contrast to another study released simultaneously with BEST 2. Readfearn and Manne have ignored this study which is by Anthony Watts, who runs a blog site. Watts had previously written a paper looking at UHIE and how a warming bias may be in land based temperatures. Unlike Muller's paper, this first paper by Watts was published. This first paper did not find a clear manifestation of UHIE although significant problems with the siting of temperature recorders were still noted.

However in his second paper Watts has used a different methodology. As Watts explains:


Previous papers all used a distance only rating system from Leroy 1999, to gauge the impact of heat sinks and sources near thermometers. Leroy 2010 shows that method to be effective for siting new stations, such as was done by NCDC adopting Leroy 1999 methods with their Climate Reference Network (CRN) in 2002 but ineffective at retroactive siting evaluation.

Leroy 2010 adds one simple but effective physical metric; surface area of the heat sinks/sources within the thermometer viewshed to quantify the total heat dissipation effect.

This new Leroy methodology enables UHIE to be more accurately accounted for and has allowed Watts to find large warming biases in the official temperature networks.

The effect of UHIE is well known to science; even NASA accepts the UHIE. Temperature data, therefore, which may be affected by UHIE, needs to be carefully adjusted. In a comparison between Watts and Muller it is Watts who seems to be doing this better and producing more accurate science.
The comparison between Watts and Muller goes to the heart of the AGW debate and the angst shown by elites like Manne. Watts is not an academic; he is just a meteorologist without a string of degrees. Watts is an ordinary person of the sort Manne and his superior ilk would like to muzzle via Finkelstein and Hamilton. At the end of the day though, it is often not the self-appointed elites but the Watts of the world who do not have the resources and financial support, who produce the goods. By ignoring the worth and value of people like Watts, Manne and the AGW elitists have proven that they are the real deniers. Pretty ordinary, really. Where is Wayne Swan and the Boss when you need them?

Legacy of a Ranga! 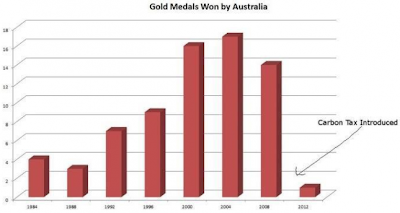 When Religion Just won't do! 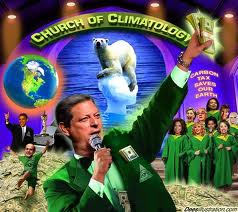 Often AGW Alarmism has been compared to religion in articles like:

However a new twist on this is when a minister of religion compares the "global warming cult" as evolving "into one of the world's most powerful religions." The Reverend Peter Kurti is a Research Fellow with the Religion and the Free Society Program at The Centre for Independent Studies.

Writing in the October edition of Spectator Australia (Link):-


Sure enough, this new religion appears to have its high priests, its temples, and its dogmas – including a concept of original sin: the Carbon Footprint. (Never mind that it is the role of carbon dioxide in climate change, rather than carbon, which is in question.)

And it also offers ‘sinners’ (read human beings) a way to redeem themselves for the offence of existing. Repentance by mortification for ravaging the planet can be bought at the going price of the 21st century indulgence – the Carbon Offset.