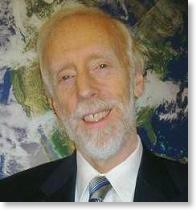 Tom Harris is Executive Director of the International Climate Science Coalition (www.climatescienceinternational.org). For the past nine years Mr. Harris has been working intensively with a growing team of independent scientists and engineers to promote a sensible approach to a range of energy and environmental issues. He has thirty years experience working as a mechanical engineer and project manager, science and technology communications professional and media and S&T advisor to a former Opposition Senior Environment Critic. Mr. Harris has Bachelor and Masters Degrees in Mechanical Engineering (thermo-fluids and energy focus).

U.S. experience shows that Canadian government must lead public opinion if we are to avoid another Kyoto

The 15 year battle in Canada over the Kyoto Protocol ended last week when the Federal Court ruled that the Stephen Harper government's withdraw from the agreement was legal. Countries that do not meet their emission targets and did not withdraw before the end of 2011, as allowed by Kyoto’s Article 27, will soon have to face the music for having violated the treaty. Thanks to our Government’s clear thinking, Canada will not be one of those nations.
But the Canadian Government, and many others in developed countries, have not been so clear-thinking when it comes to future international climate commitments. Unwittingly, they are getting us back into another Kyoto.
At the climate conference in South Africa in December, delegates from 194 countries, including Canada and the U.S., agreed to the Durban Platform for Enhanced Action. Under this agreement, the Canadian, American and other governments pledged to work with the UN to establish, by 2015, a global apparatus to force countries to enable legally-binding greenhouse gas reduction plans starting in 2020. Environment Minister Peter Kent boosts the plan, saying repeatedly, “we support the establishment of a single, new international climate change agreement that includes greenhouse gas reduction commitments from all major emitters.”
The Durban plan advances, “in a balanced fashion”, the UN asserts, the implementation of the December 2010 Cancun Agreements that Canada, the U.S. and many other countries say provides the framework for future legally-binding deals. U.S. Special Envoy for Climate Change, Todd Stern stated that the Cancun Agreement “is a very good step and a step that’s very much consistent with U.S. interests and will help move...the world down a path toward a broader global response to changing – to stopping climate change.”
But western counties are being hoodwinked again. Cancun has an opt-out clause for developing countries that allow them to agree to legally-binding emission cuts but then never actually carry them out. Developed nations do not have this option. Cancun states this twice, as follows:

Since actions to significantly reduce GHG emissions will usually interfere with development priorities, developing countries will soon realize that an agreement based on Cancun will not limit their emissions. Such a treaty would then work in the same asymmetric fashion as Kyoto.
Under the Cancun Agreement, UN monitoring is to be much more intrusive in developed countries than in developing countries.
For example, the world is expected to simply believe China when they assert that certain domestic GHG reductions have been accomplished - the UN cannot inspect. This has the strong potential to result in significant reporting fraud as has occurred in a number of other fields concerning China (see here and here for recent examples). International inspection and monitoring of developed countries’ emissions will be very strict, however. Here is a sample of what is to come if the UN get their way. It is hard to imagine the UN “rebuking” China “for poor reporting of progress to cut greenhouse gases” or “ordering” China to do anything, as they have done with Australia.
If a Cancun Agreement-based treaty becomes international law, we will have little idea of what emission cuts will actually be happening in countries such as China. Once again, there will be anything but a level playing field between developed and developing countries no matter what politicians say.
In the final analysis, the only really significant difference between a Cancun-based greenhouse gas reduction treaty and Kyoto may be that developing countries are expected to submit their intended emission cuts to the UN. But their obligations to carry those cuts into effect would appear to be essentially meaningless. The current approach is clearly designed to persuade the United States to participate in an agreement for binding international emission limits. Then, the U.S. and everyone else would be effectively included in an extension to the Kyoto Protocol after all.
The only solution that makes sense for Canada and the U.S., and indeed all developed nations, is to get out of the United Nations Framework Convention on Climate Change (FCCC) that spawned the Kyoto, Cancun and Durban agreements in the first place. Like Kyoto, the FCCC text lays out simple steps for withdrawal, stipulating that, “Any Party that withdraws from the Convention shall be considered as also having withdrawn from any protocol to which it is a Party.”
But the Canadian government is afraid to do this, thinking they must wait for public opinion to change before they can take sensible action. Learn why this approach is a serious mistake in part 2 of this article. (below)

U.S. experience shows that Canadian government must lead public opinion if we are to avoid another Kyoto

In part 1 of this article, I outline how developed nations are being hoodwinked by the United Nations again on climate change. Our governments are pulling us into another Kyoto Protocol where only developed countries will be held to emission limits. Canada, and all developed nations need to withdraw from the United Nations Framework Convention on Climate Change (FCCC) that spawned the Kyoto, Cancun and Durban agreements in the first place.
Last month’s Angus Reid public opinion poll found, almost three-in-five Canadians still believe that global warming “is mostly caused by emissions from vehicles and industrial facilities.” Government strategists have obviously therefore concluded then that they must continue to play along with the climate scare until public opinion changes. Consequently, the Government continues to support alarm, telling us that “scientists agree”, we are causing a climate crisis and so we must reduce GHG emissions to prevent a two degree temperature rise. That none of this makes sense is immaterial. Government cannot lead public opinion, they assume.
But recent research shows that this is not the case at all.
In “Shifting public opinion on climate change: an empirical assessment of factors influencing concern over climate change in the U.S.” published in February in the scientific journal Climatic Change, Professors R. J. Brulle of the Department of Culture and Communications at Drexel University in Philadelphia, J. Carmichael of McGill University and J. C. Jenkins of Ohio State University showed that the stated positions of politicians and other “elites” in society is the major factor driving public opinion. Their analysis, based on the construction of “aggregate opinion measures” from 74 separate surveys over a 9-year period, supported the 2009 conclusion of Harvard University’s Susan McDonald that “When elites have consensus, the public follows suit and the issue becomes mainstreamed. When elites disagree, polarization occurs, and citizens rely on other indicators…to make up their minds.”
Brulle and his colleagues showed that, beginning in the first quarter of 2006 and continuing until the third quarter of 2007, when prominent Republicans worked with the Democrats in support of the dangerous human-caused global warming hypothesis, the public was far more supportive of this position. ”These elite cues worked to increase concern about this topic”, Brulle et al said, as did the release of Al Gore’s film, An Inconvenient Truth.
But starting in 2008, the Republicans split with the Democrats on climate change, and coupled with increased unemployment, this led to a sudden drop in the fraction of the public who ‘"worried a great deal" about climate change”’ – see graph here.
Brulle explains, “when politicians focus on climate change, their statements are transmitted to the public via the media. The media will cover the issue if it deemed newsworthy. This then influences public opinion. So by not talking about climate change, the politicians diminish media attention to the issue, and thus public concern goes down.”
There are important lessons in this for Canada’s Conservative Government:
1 – Support for the climate scare remains significantly higher in Canada than in the U.S. largely because the issue has become mainstreamed with all party support in our country, while political opinion on the issue is polarized in America. Clearly, Environment Minister Peter Kent’s strong advocacy of the climate scare must stop if the Government wants Canadian public support for action “to stop climate change” to diminish;
2 – Climate alarmism needs to be quietly purged from Canadian government Websites and other communications. Even a neutral stance is preferable to David Suzuki-like proclamations on Environment Canada’s Website.
3 – The Government must talk about the issue much less. Instead of making child-like assertions about stopping climate change, which is of course impossible, they need to quietly set the stage so that the public can more frequently hear the voices of qualified, independent skeptics. Supporting an advertised-as-neutral climate science and energy conference, inviting in experts from all reputable points of view, would be a start. So would occasionally bringing up, in the House of Commons and interviews, the growing credibility of the worldwide skeptic (AKA “realist”) movement, as a reason for going slow on (and eventually cancelling) greenhouse regulations.
The Harper government has made a small start on this already, with the Senate leading the way. On the morning of December 15, 2011, The Senate Standing Committee on Energy, the Environment and Natural Resources heard from four expert witnesses about the science and economics of climate change – see here. This was the first time since 2005 that scientists who do not accept the hypothesis that humanity’s carbon dioxide and other greenhouse gas emissions are causing dangerous global warming were permitted to testify before a Canadian government committee. This was followed by important climate realist speeches in the Senate by Senator Nancy Greene-Raine of British Columbia and Senator Bert Brown of Alberta. Hearings into the realist view of the science of climate change should be repeated by the House of Commons Standing Committee on Environment and Sustainable Development as soon as possible. Listening to scientists from only one side of this intensely controversial issue, as this committee has done for many years, is irresponsible.
4 – Kent and his cabinet peers should support adaptation to climate change as a more cost effective and humane approach to the file, devoting the bulk of our resources to helping real people today cope with deadly threats such as droughts and floods. Putting the vast majority of climate change monies into vainly trying to stop what might happen late in the century, as is happening around the world today, is irrational and immoral, the Government could say.
Simply waiting for public opinion to change while the Government itself helps feed the fire that threatens to burn down our economy, is obviously a serious mistake. It’s time for the Canadian government to help lead public opinion if Canada is to avoid another Kyoto.
Posted by Geoff on July 27, 2012 No comments:


History Of How The Hockey Stick Was Manufactured

There wasn’t any hockey stick prior to the year 2000.

The 1990 IPCC report showed that temperatures were much cooler than 800 years ago.

Hansen getting rid of the 1910-1940 warm period gave Mann cover to claim that something was wrong with Briffa’s trees – and throw them out. This opened the door for the creation of hockey stick.
Once the flood gates opened, they went nuts – erasing the MWP and LIA, erasing the 1930s and jacking up recent temperatures. All over the world, the past got cooler and the present  got warmer.


And now we have this completely manufactured temperature trend. The spike that we see is indeed Mann-made, and Hansen-made.