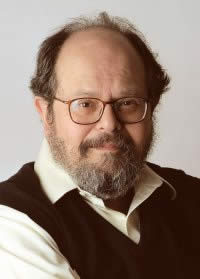 Richard Lindzen is Alfred P. Sloan professor of meteorology in MIT’s department of earth, atmospheric and planetary sciences. He has published more than 200 scientific papers and is the lead author of Chapter 7 (“Physical Climate Processes and Feedbacks”) of the International Panel on Climate Change’s (IPCC) Third Assessment Report. He is a member of the National Academy of Sciences and a fellow of the American Geophysical Union and the American Meteorological Society.

Richard Lindzen, a global warming skeptic, told about 70 Sandia National Laboratories researchers in June that too much is being made of climate change by researchers seeking government funding. He said their data and their methods did not support their claims.


“Despite concerns over the last decades with the greenhouse process, they oversimplify the effect. Simply cranking up CO2 [carbon dioxide] (as the culprit) is not the answer” to what causes climate change."

For 30 years, climate scientists have been “locked into a simple-minded identification of climate with greenhouse-gas level. … That climate should be the function of a single parameter (like CO2) has always seemed implausible. Yet an obsessive focus on such an obvious oversimplification has likely set back progress by decades,” Lindzen said.

There is little evidence that changes in climate are producing extreme weather events, he said. “Even the IPCC says there is little if any evidence of this. In fact, there are important physical reasons for doubting such anticipations.”

Real-world observations do not support IPCC models, he said: “We’ve already seen almost the equivalent of a doubling of CO2 (in radiative forcing) and that has produced very little warming.”
He disparaged proving the worth of models by applying their criteria to the prediction of past climatic events, saying, “The models are no more valuable than answering a test when you have the questions in advance.”


Read more at LabManager and WUWT.