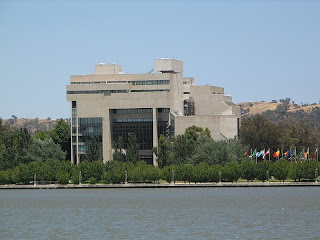 Legal Action Against AGW
by Anthony Cox
In New Zealand there is an ongoing legal action against the government producer of the New Zealand temperature record, the National Institute of Water and Atmospheric research Limited [NIWA].

The Defence issued by NIWA was novel in that it claimed there was no official New Zealand temperature record [clauses 6 & 7].

An Amended Statement of Claim was issued and the case is now at the Affidavit stage.

Could a similar case be brought in Australia challenging the validity of the Australian temperature record which is prepared by the Bureau of Meteorology [BOM]?

There are similarities between BOM and NIWA: both have adjusted their temperature record and both have created a warming trend through the adjustments.

The BOM’s temperature has adjusted their temperature by approximately 40%. This appears not to be consistent with criteria laid down by Torok and Nicholls and Della-Marta et al.

However a complication with BOM is that they have replaced the former High quality network [HQ] with the new improved ACORN adjusted temperature network. In ACORN supposedly the problems with the HQ network which involved the creation of a warming trend have been corrected. However the temperature trend in ACORN is greater than in the HQ network!

The section in full is:

The provisions of this Act should be read in conjunction with the Competition and Consumer Act 2010, section 2C. This establishes that the BOM is not exempt from the provisions of the Competition and Consumer Act 2010. BOM is not exempt because while it is a prescribed agency with staffing and financial autonomy under various legislation it does not satisfy any of the exemptions under Section 2C.

The BOM describes its activities as including:

The Bureau contributes to national social, economic, cultural and environmental goals by providing observational, meteorological, hydrological and oceanographic services and by undertaking research into science and environment related issues in support of its operations and services.

The BOM thus holds itself out to having expertise in its specified activities and provides services based on this expertise to both governmental and private customers.

BOM, therefore, is covered by Australian Consumer Law and is not exempt from the consequences of contravention of that law.

The ACL says this:

If we apply this criteria to section 5 of the Administrative decision (Review) 1977 Act it is likely that subsection 2, parts (a) and (b) are relevant. In application to the ACORN temperature record, if, as it appears likely, that not only the defects of the HQ network have been remedied but exacerbated, then either irrelevant considerations were taken into account, or relevant considerations were not taken into account during the compilation of the ACORN data.

In addition section 5, subsection 2, part (h) may apply. If the temperature trend in ACORN is different from the trend of the unadjusted data, as appears to be the case, and the reasons for doing so are not justified, the uncertainty is created in respect of what the actual trend should be. This is especially the case since it is certain that some adjustments need to be done to the raw data for reasons outlined in Table 2.2, pages 59-60 Torok and Nicholls.

A Judicial Review is a specialised area of law and any litigation seeking a Review would be expensive. Litigation would be based on expert testimony. A peer reviewed paper has already been prepared in response to the HQ defects. Another would have to be done in respect of the ACORN ‘improvements’; researchers have already started this process. Not with standing this a failed application for Review would be likely to involve the payment of the BOM’s costs and possibly the government’s if it sought and succeeded in obtaining standing in the proceedings.

On the other hand if the ACORN temperature record was successfully impugned the flow-on to challenging all policies, charges, imposts, levies and costs, applied by government and private interests would be feasible since those flow-on areas arguably all rely on the temperature record produced by the BOM being the dominant indice of AGW. If this dominant indice is not accurate and exaggerated then the certainty of the AGW justification for imposts on the community is much harder to sustain.

Australia and the globe are experiencing rapid climate change. Since the middle of the 20th century, Australian temperatures have, on average, risen by about 1°C with an increase in the frequency of heatwaves and a decrease in the numbers of frosts and cold days

This statement by BOM is not uncertain; the lack of uncertainty is sustained by the ACORN temperature record. If the ACORN record can be shown to be uncertain then the record is uncertain not as a product of the precautionary principle but due to the misrepresentation of the science in the ACORN record. On this basis litigation would proceed.
Posted by Geoff on July 04, 2012 1 comment: